Digital Humanities and the 2016 Election

I've previously mentioned the advent of digital humanities, especially in regards to measuring ebb and flow of positive and negative words.  The New York Times has done something similar, but with the presidential candidates on a scale of positive/negative and simple/complex, while also including the books closest to them on this matrix.  That Trump's language is the simplest, by a significant margin, is not surprising.  In fact, his placement is directly above The Adventures of Huckleberry Finn (a novel narrated by an uneducated thirteen year old) and slightly below the Fairy Tales of Hans Christian Anderson.  To be fair, this is a man whose most lasting contribution to English letters was a two-word catchphrase.  The positive/negative spectrum is more interesting, especially when you look within a party.  The democratic candidates are interesting in that they form almost a mirror image, with O'Malley just a hair from the center line, and Sanders and Clinton equidistant from the origin on the negative and positive sides, respectively.  It's not difficult to see how this corresponds to their rhetorical style, with Sanders spending more time focusing on what's wrong and why we need to fix it, while Clinton is more focused on saying how things will improve.

It's an interesting article, and provides a neat visualization of political rhetoric.
Posted by Matt Kahn at 10:18 AM No comments:

Just in time for Halloween, here's a reading of Poe's classic poem "The Raven," read by none other than Christopher Walken: 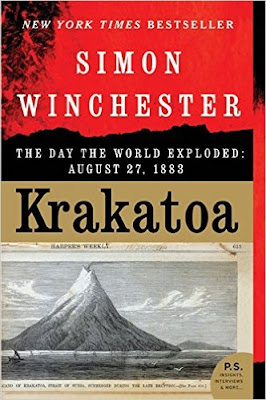 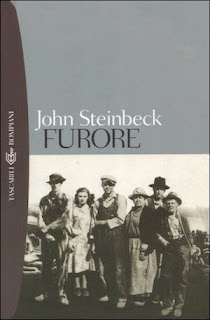 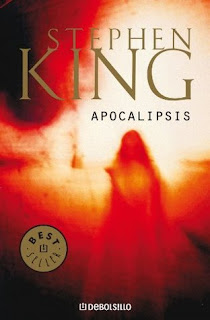 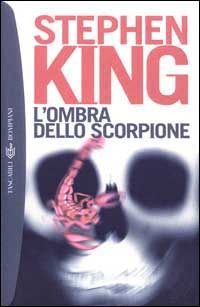 4. Something Happened by Joseph Heller
Posted by Matt Kahn at 10:58 AM No comments:

Thoughts on what I'm reading

I'm currently reading Krakatoa: The Day the World Exploded: August 27, 1883 (Harper, 2003) by Simon Winchester.  It's great, but something struck me as I was reading it, that speaks back to some issues I'd had with others and my own writing, specifically, how to deal with an audience with varying levels of knowledge in the subject you're discussing.  Winchester, originally trained as a geologist before becoming a journalist in the late 1960s, has to deal with this here.  Discussing the biodiversity and geology of Krakatoa necessitate a discussion of natural selection and plate tectonics.  The problem is that much of his audience will be well-versed in these subjects (i.e. the type of people who will actively seek out a book about Krakatoa) while many others will know little to nothing of the matter. So what do you do?  If you elide this information, you confuse the latter group, but if you go into detail, you bore the former.  Winchester manages to have his cake and eat it too.  What he does is couch the theory in anecdote, for example, explaining natural selection through the life and career of Alfred Russel Wallace.  While some points are necessarily dry (there's no other way to explain how a transform-fault functions than to just dive in) Winchester essentially manages to give the people who are already aware of the underlying theory something else to focus on while presenting the theory itself to those who don't know it.
Posted by Matt Kahn at 10:10 AM No comments: