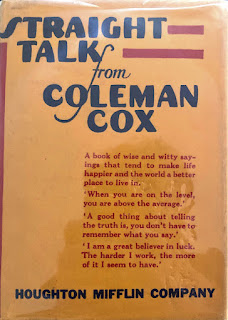 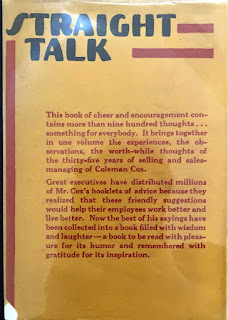 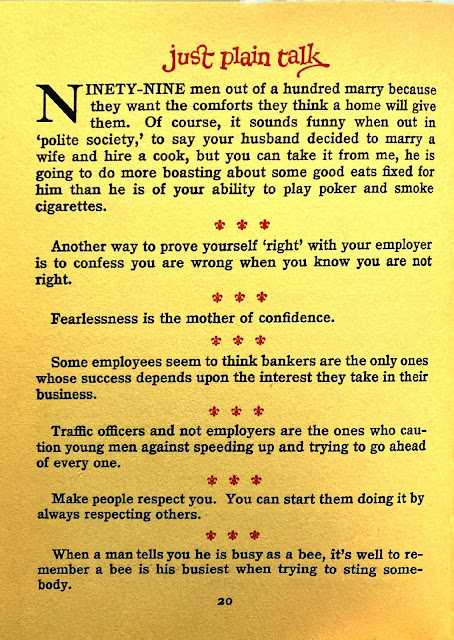 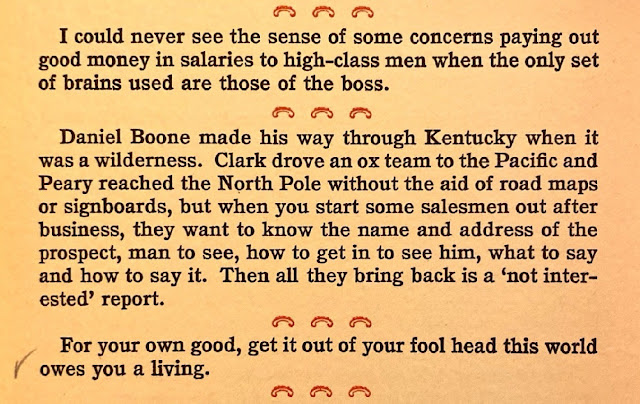 There's something fascinating in a person who is so lacking in self-awareness and empathy.  Everything bad that happens to people is their own damn fault, and how dare my employees cause me to lose money.
This book is, at its heart, marginalia from the side of the roaring twenties generally omitted when discussing American literature.  When we talk about the 1920s, the focus is almost exclusively on the authors of Lost Generation, Algonquin Round Table, or of those who shared similar cultural values.  But the flipside of the jazz and luxury was the gross exploitation that succeeded the Progressive Era, and the broad adoption of social darwinism and laissez faire by industry and government in this decade.  It's likely that the number of Americans who read Coleman Cox in 1928 is significantly larger than of those who read Ernest Hemingway or Dorothy Parker, despite his now complete obscurity.
Well, he has no one to blame but himself.
Posted by Matt Kahn at 2:52 PM 18 comments: