1926: The Private Life of Helen of Troy by John Erskine 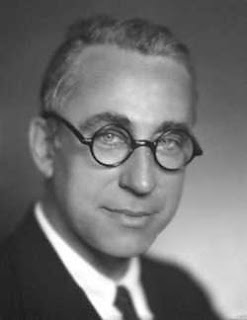 John Erskine (1879 – 1951) was born in New York City. He received a Ph.D. from Columbia University in 1903 and honorary doctorates from nine other universities since then, in subjects ranging from music to education. He was an English professor at Amherst College then Columbia University. He was also a concert pianist, and the first president of the Julliard School of Music. Erskine’s literature program at Columbia is widely accepted to have been the groundwork for the “Great Books” movement.

So What's this book about?

The Private Life of Helen of Troy takes place after the events in The Iliad, with Menelaus bringing Helen back to Sparta after sparing her life at the behest of Agamemnon.  Once home, they have to deal with their daughter Hermione’s potential engagement to Orestes, their maid Adraste’s relationship with Damastor, the son of a ‘good family,’ and scandal over Helen’s flight to Troy with Paris.  Other figures from Greek mythology play a part in the story, Achilles’s son, Pyrrhus, Clytemnestra, and Telemachus all have impact on the story.


Unfortunately, it turns into a particularly slow-paced domestic drama.  One thing I noticed when reading is that a vast majority of the book is dialogue, or rather, characters aiming monologues at each other.  Most of the characters seem to exist solely so Helen can explain her philosophies to them.  And in almost every scene where Helen is absent, other characters are discussing Helen’s philosophy.  While her ideas are interesting, they are expressed in a repetitive manner that causes the story to drag.


As far as the story itself goes, it seems like a soap opera, except all the back-stabbing and evil plotting goes on off-screen, or in the case of the novel, the characters are later told about it instead of actually seeing it done. (NOTE: I am aware that this was a common method of presenting action in ancient Greek drama.  Erskine does have a good knowledge of the Greeks, but the conventions of two-thousand year-old theater do not work too well in this novel.)  The problem I had with this novel is essentially the same problem I had with Sense and Sensibility: The characters’ ideologies are well explained at the beginning of the novel, so we know exactly what they’re going to say each of the hundred times they say it.

John Erskine had a number of non-fiction and fiction books published prior to the publication of The Private Life of Helen of Troy, so he was not a newcomer to the publishing world.  As far as what made Helen popular, the protagonist’s philosophies are contradictory to the ‘traditional values’ of the time, without being too controversial. A combination of soap-opera drama and classical setting would garner a large audience.

The philosophies put forward in the novel are no longer controversial, rather they seem in many ways pretty standard in how they regard love, responsibility, honesty, etc.  Whereas an audience that is held captive by new ideas would be enthralled, a modern audience would probably just be bored.

Should I read it?
No.  It isn't 'bad' so much as it is uninteresting.