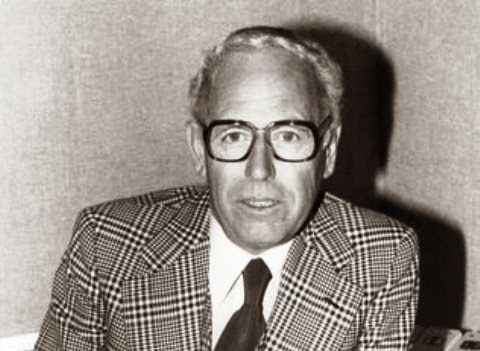 Arthur Hailey (1920-2004) was born Luton, Bedforshire, England.  The son of a factory worker, financial challenges led Hailey to drop out of high school.  When World War II hit, Hailey joined the Royal Air Force, In 1944, he married Joan Fishwick.  In 1947, he moved from the UK to Canada, becoming a naturalized citizen with dual citizenship in 1952.  He divorced Fishwick in 1950 and married Sheila Dunlop in 1951, to whom he was married the rest of his life.

In 1955, Hailey wrote the screenplay initially broadcasted in April 1956, titled Flight into Danger, about an old fighter pilot who is on a commercial plane when the pilot and copilot succumb to food poisoning.  1980's Airplane! is largely based on the film version of Flight into Danger, titled Zero Hour!   Flight into Danger and another of Hailey's television plays were adapted into novels.  In 1965, Hailey published Hotel, an inside look of the hotel industry that placed 8th on the annual bestsellers list.  His next hit was Airport (1968), followed by Wheels, the #1 bestseller of 1971, The Moneychangers, the #2 bestseller of 1975, and Overload, the #3 bestseller of 1979.  He also published Strong Medicine (1984), The Evening News (1990) and Detective (1997). 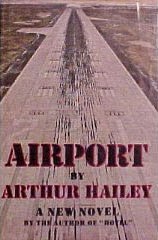 Airport takes place at the Lincoln, Illinois international airport, over the course of a day.  The main character, Mel Bakersfeld, has to deal with the a massive snowstorm, disgruntled employees, angry residents of a nearby community, and terrorist threats, in addition to a number of personal issues.  Mel's personal issues are the least interesting part of the novel.  The people all have their roles to play, but the main character of the novel is the airport itself.

What Michener or Uris are to history, Hailey is to industry.  Airport is meticulously researched, and in many ways reads like a non-fiction account, which is not always a good thing, as it relies on details and infodumps that are not very pretty.  As such, the plot is pretty contrived, but this is to an end: to create the various circumstances that the airport and its staff must respond to.  The novel is more of an exposé on the inner workings of an airport.

The 1960's and early 70's are often referred to as the golden age of air travel, and the entire industry still had an exotic feel.  It's easy to forget that the airplane was only 17 years older than Hailey.  Hailey himself was 18 years old at the time of the first transatlantic commercial passenger flight.  Hailey already had bestseller status, which is a great way to sell more copies of following releases.  Add that to an industry that was booming and still mysterious, and it's not surprising that Airport became a bestseller.

Like most bestsellers, Airport was made into a film starring Burt Lancaster in 1970.  Helen Hayes won a best supporting actress Oscar for her role in the film. 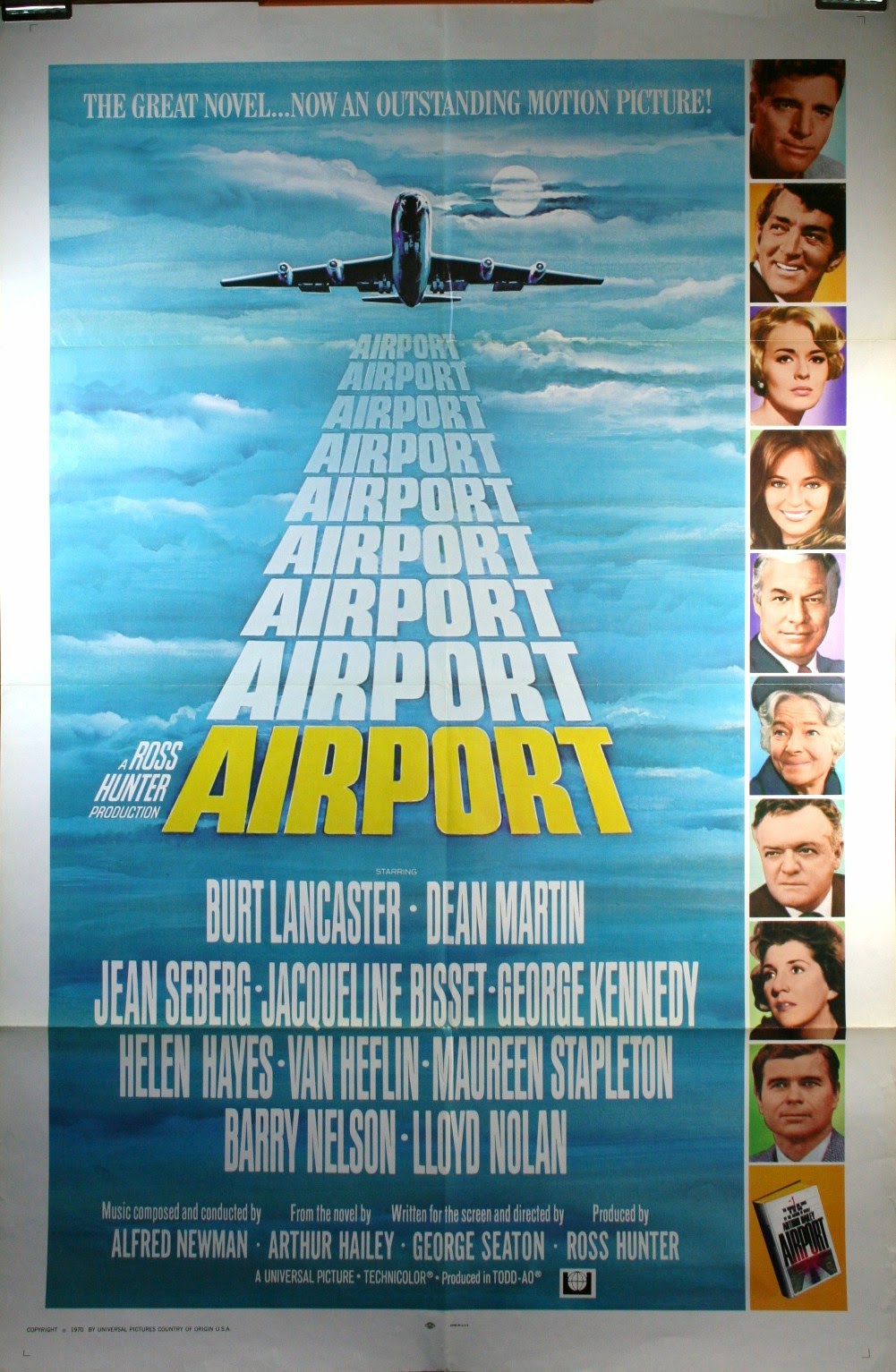 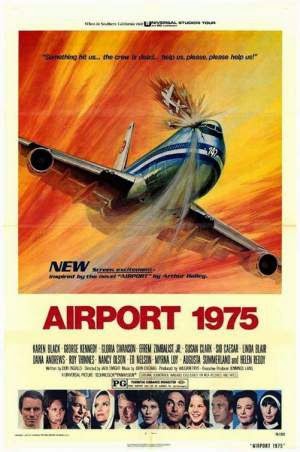 Followed by Airport '77 (1977) starring Jack Lemmon.  In this one, art thieves hijack the plane and crash, the plane ending up stuck under water. 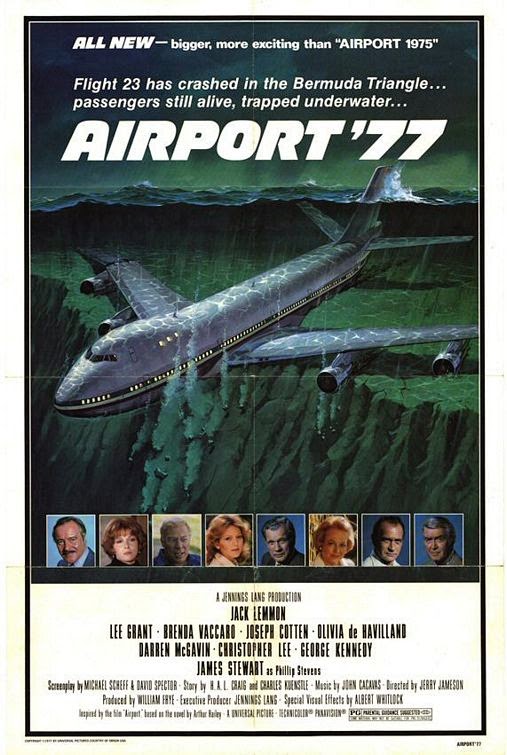 And finally, The Concorde... Airport '79 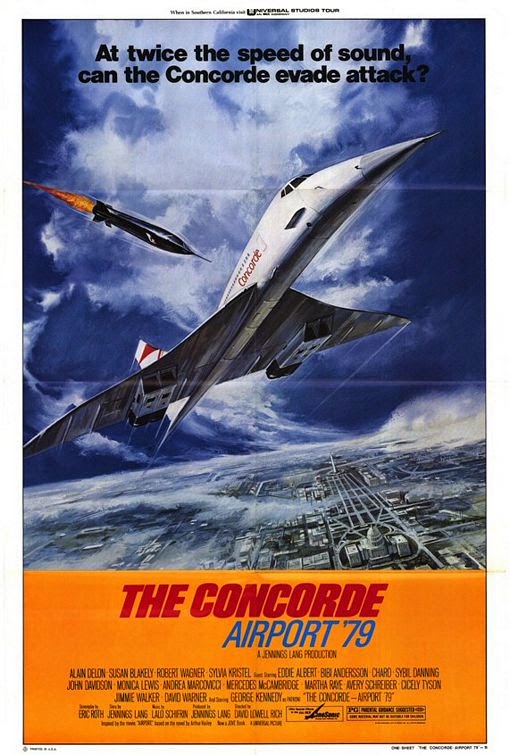 Airport was pretty dry, overall, and the characters were two-dimensional plot devices.  The novel is more interesting as an inside look at the functioning of an airport, but written in layman's terms.  If the subject is something you want to know more about, Airport is a good read.  Otherwise you'll likely be bored.

1. Airport by Arthur Hailey
2. Couples by John Updike
3. The Salzburg Connection by Helen MacInnes
4. A Small Town in Germany by John le Carré
5. Testimony of Two Men by Taylor Caldwell
6. Preserve and Protect by Allen Drury
7. Myra Breckinridge by Gore Vidal
8. Vanished by Fletcher Knebel
9. Christy by Catherine Marshall
10. The Tower of Babel by Morris West