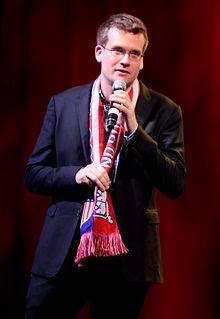 John Green (1977-    ) was born in Indianapolis, Indiana but grew up in Orlando, Florida and Birmingham, Alabama.  He double-majored in English and Religious Studies at Kenyon College, graduating in 2000.  After graduating, he worked as a chaplain at a children's hospital, then began working for Booklist and was a frequent contributor to NPR's All Things Considered.  In 2005, Green published his first novel, Looking for Alaska.  In 2006 he married Sarah Urist and published his second novel, An Abundance of Katherines.  In 2007, John and his brother Hank Green started vlogging under the name Vlogbrothers.  They now have over two million subscribers on youtube.  He wrote Paper Towns (2008) and co-wrote Will Grayson, Will Grayson (2009) with David Levithan.  His most recent novel, The Fault in Our Stars, was published in 2012 and was adapted to film in 2014.  John Green lives in Indianapolis with his wife and two children. 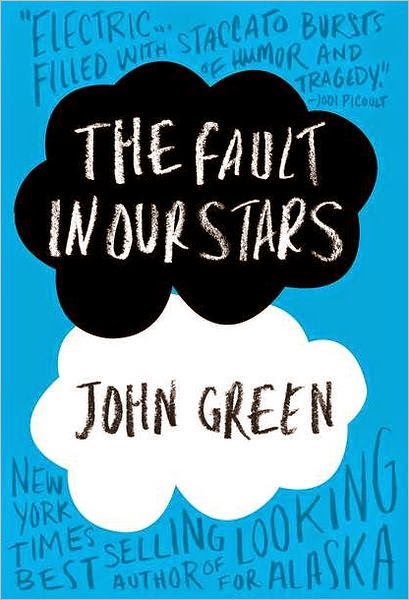 
The Fault in Our Stars is narrated by Hazel, a 16 year old girl with thyroid cancer that spread to her lungs.  At a youth cancer support group, she meets Augustus Waters, a 17 year old boy who lost a leg to osteosarcoma, but will probably remain healthy.  Hazel has a terminal diagnosis, though an experimental medication has bought her some (but no one knows how much) time. Their budding (and inherently doomed) relationship is the focus of the novel.

Green uses the protagonists' cancer to amplify the typical teenage experience: angst over the future, the feeling that no one really understands you, obsession with mortality, etc.  He avoids being overly cloying or preachy, which he could have easily resorted to.

I rarely read YA.  This isn't meant as a condemnation of the genre, just a general lack of interest.  So while this novel wasn't my cup of tea, I'm happy to say it wasn't an unpleasant experience.  Before now, my limited experience with YA has mostly been of the shitty variety, where the author, either due to lack of talent or disregard for his/her audience, publishes what looks like a rough first draft.  I'm happy to say that Green doesn't do this.  While I don't find the novel particularly profound, I'm happy to say that its well-written, not only moreso than other YA I've read, but moreso than some of the adult fiction previously reviewed here (cough Valley of the Dolls cough The Da Vinci Code cough).

Despite being published in 2012, The Fault in Our Stars didn't become the #1 annual bestseller until 2014, which is when the movie adaptation was released. 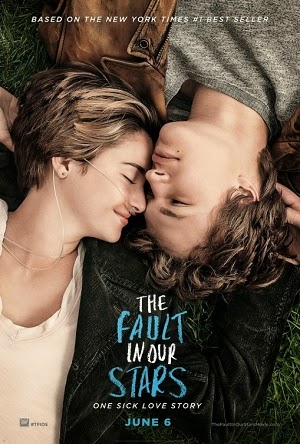 The movie was a financial success, with a $48 million opening weekend.  Oddly enough, Fox's Bollywood studios have announced their plans to produce a Hindi remake.

I just realized that this is my last recommendation after over two years of doing this (and the post goes live on my birthday, no less).  Anyway, if you like YA and/or Romance, you'll most likely enjoy The Fault in Our Stars. If you're not into either of those genres, it's still an okay read, though you'll likely remain ambivalent.

The Narrow Road to the Deep North by Richard Flanagan
The Bone Clocks by David Mitchell
The Serpent of Venice by Christopher Moore
What If? by Randall Munroe
The Martian by Andy Weir