or, Across the Universe 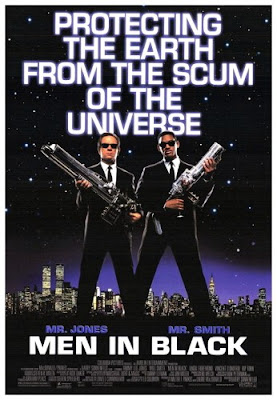 Director: Barry Sonnenfeld
Runtime: 98 Minutes
Look, it's Men in Black, we've all seen it.  Will Smith (Agent J) is an NYPD officer who gets tapped by Tommy Lee Jones (Agent K) to join the top secret agency dedicated to monitoring and regulating all alien life on Earth.  When a giant space bug comes to Earth, he instigates a potential war with another alien civilization, who threaten to destroy the Earth unless the men in black can recover a mysterious object known only as "the galaxy."

David Cross plays the hapless morgue attendant who runs afoul of the bug. 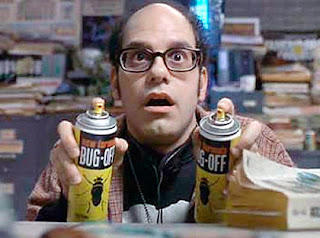 I was really worried that Men in Black wouldn't hold up, but I'm happy to say that it's aged incredibly well.  The filmmakers realized the limits of CGI, and did great work within those limits, while making great use of practical effects as well. 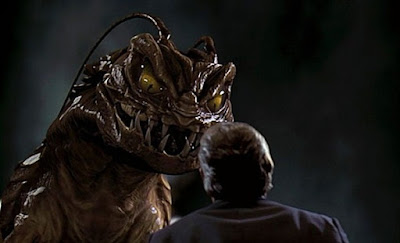 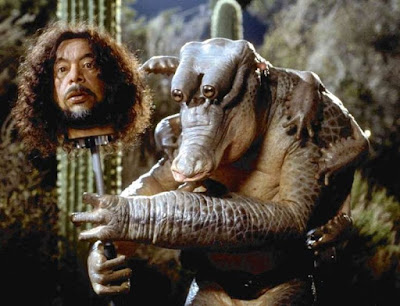 I feel bad because I don't think I have anything really interesting to say about Men in Black, besides some bits of trivia, like that it's one of the first big hits based on a Marvel comic series.  Anyway, here's the promotional music video: