An article from the Guardian's blog has been making the rounds recently, being shared by message boards and The Paris Review alike.  The article is titled Has US literature awoken from the American dream? and discusses the modern popularity of post-apocalyptic novels. First, let me point out that even within the context of the article, this title makes no sense.  The article points out that American literature has always been critical of the American dream, pointing out examples as far back as Huckleberry Finn.  But my main complaint is when the article comes to the conclusion that

"Perhaps an exhaustion with national myths explains the recent advent of post-apocalyptic literature: from Cormac McCarthy’s The Road to Colson Whitehead’s Zone One. When the dream has been blown to bits for more than a century, all that’s left is to tell bleak stories of human survival set in the wreckage of a junkyard."

First, let's acknowledge that there is a long history of apocalyptic and post-apocalyptic literature.  Mary Shelley's The Last Man (1826), Jack London's The Scarlet Plague (1912)  Aldous Huxley's Ape & Essence (1948), Richard Matheson's I Am Legend (1954), Shirley Jackson's The Sundial (1958), Harlan Ellison's A Boy and His Dog (1969).   This is, of course, only a tiny piece of the a much longer tradition.  What you may notice about all these titles, is that they fall into a genre.  Most are Science Fiction or Horror and were marketed as such. 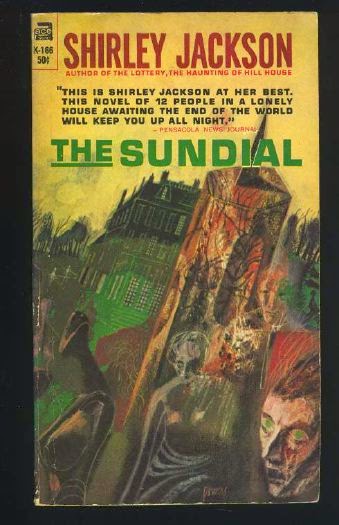 Until the last few decades (and even now to a lesser extent), Science Fiction, Fantasy, Horror, and genre fiction in general have been considered marginal literature.  They were looked down on by the literary establishment and the reading populace at large.  And apocalyptic/post-apocalyptic literature was a trope of these genres.  If World War Z had been published in the 1960s, it would never have been nearly as popular as it became, because it would have been relegated to the horror rack in the back of the store, and no self-respecting reader would be caught dead back there.  With growing acceptance of these genres came a growing acceptance of their constituent parts.  By the late 1990s, even John Updike was writing post-apocalyptic fiction.

So one simple explanation is that we're seeing more apocalyptic and post-apocalyptic fiction because Science Fiction and Horror, the genres into which most post-apocalyptic works fall,  have become popular genres.  And authors who don't normally write in these genres are no longer worried about being pigeon-holed or discredited for doing so. Despite what the Guardian writer claims, we've been telling these stories for over a century.  People just haven't been listening.

As to my second subject, why people enjoy this type of narrative, it's first necessary to make some distinctions. To my way of thinking, there are two primary forms of apocalyptic/post-apocalyptic literature: issue-driven and societal.  Let's talk about issue-driven first.

Despite the Guardian's bizarre attempt to portray post-apocalyptic fiction as a product of the US, the fact is it is an international genre.  While it dates back to the early 19th century, it started reaching critical mass in the 1950s.  This was a) the 'Golden Age' of Science Fiction and b) soon after the advent of the atomic bomb.  Huxley's Ape & Essence, Nevil Shute's On the Beach (1957), and Kurt Vonnegut's Cat's Cradle (1963) are all post-apocalyptic novels dealing with the results of atomic warfare (although Vonnegut handles Mutually Assured Destruction with the fictitious Ice-9, the message is still the same).  I keep making reference to apocalyptic literature as opposed to post-apocalyptic, so I should give an example of what I mean.  Dr. Strangelove is a good example, as it deals with the end of the world, rather than life after the end of the world.  The 1951 film The Day the Earth Stood Still is also, I feel, largely apocalyptic.  An alien species comes to Earth to deliver a message: If you don't get your crap together, you're going to kill us all.  So get your crap together or we'll kill you first.

More recently, issue-driven works have been focused on the environment. In film, we can find The Day After Tomorrow (2004) or The Happening (2008). (I didn't say they were good films.)  The appeal of these is simple.  It's our way of saying, to steal a quote, "You maniacs!  You blew it up!  Ah, damn you!  Goddamn you all to Hell!"

The other category, which I've vaguely titled "Societal," uses the breakdown of civilization to explore the individual or society.  This can be done in a largely literary way (e.g. McCarthy's The Road (2006), Shelley's The Last Man (1826)) or as fun/exciting SF/Horror (e.g. Brooks' World War Z (2006) or Mad Max (1979)) or anything inbetween (e.g. Matheson's I Am Legend).  Jackson's The Sundial is a good example of societal apocalyptic (as opposed to post-apocalyptic) fiction, as the end of the world is at the end of the novel.

The appeal of reading The Road is different from the appeal of reading World War Z.   In cases like The Road, the appeal is a desire to understand human nature, and the complete destruction of society, of civilized behavior, of everything but the will and need to survive, allows an individual's humanity (or inhumanity) unfettered control of his/her situation.  While there is certainly some such exploration in novels like World War Z, novels and films like this also have an escapist function.  That job you hate?  Gone.  Those people you can't stand?  Gone.  You can do anything you want, whenever you want.  No responsibility, no constraints.

But both of these types of narratives have corollaries outside of the (Post-)Apocalyptic narrative.  Something like William Golding's The Lord of the Flies (1954) provides many of the same possibilities as The Road.   It is a study of human society, a dissection via disintegration.  On the other hand, something like Zane Grey's The Man of the Forest (1919), or any of the countless novels about pirates or lone rogues or charming crooks who live by their own rules and don't take no guff from no one, these fulfill much of the same need that books like World War Z fulfills.  Post-apocalyptic fiction is a very easy way to do this, because you don't need to write a society that your protagonist is at odds with.

Long story short, post-apocalyptic fiction is not a recent genre, but has a long history as a subgenre in SF and Horror, which have only recently gained mainstream acceptance.  It doesn't address any new psychological need, but rather addresses many existing needs in a very direct way.