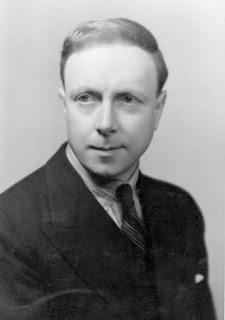 Archibald Joseph Cronin (1896-1981) was born in Dunbartonshire, Scotland.  His father died when he was seven, and he and his mother lived with his maternal grandparents before eventually moving to Glasgow.  At the University of Glasgow, Cronin became a medical doctor, serving as a medical officer in the first world war and later as a general practitioner in small towns in Scotland and a mining town in Wales, before being appointed Medical Inspector of Mines.  At the university, he also met Agnes Mary Gibson, whom he married in 1921.  They had three children together and they were married for nearly sixty years.

He was laid up with an ulcer in 1930, requiring six months recuperation, during which time he wrote his first novel, Hatter’s Castle, which was an immediate success.  He wrote several books before, in 1937, publishing The Citadel.  The Citadel is to the British National Health System (NHS) what Upton Sinclair’s The Jungle is to the US’s Food and Drug Administration (FDA).  Not only a huge critical and commercial success, The Citadel established Cronin’s as an important literary figure of his time.


In 1939, Cronin and his family moved to the US, settling in places as disparate as Bel Air, California and Blue Hill, Maine.  He remained a prolific writer for the rest of his life, and spent the last years of his life living in Switzerland.  He passed away in Montreux in 1981. 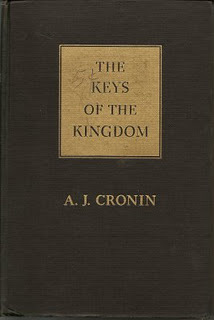 The Keys of the Kingdom tells the life story of Francis Chisholm, a Scottish Catholic priest, from his childhood to his old age, focusing largely on his thirty five years spent in establishing a mission in Pai-Tan, China. Chisholm is an extremely sympathetic character, and, like most of the supporting characters, is written with a good amount of depth.  The characters are the greatest part of this novel.

From the beginning, we know that Chisholm is not your dogmatic, stiff, hellfire-and-damnation cleric.  The first chapter takes place when Chisholm has a vocation in Scotland in his old age, and is being investigated by the local bishop (the rest of the novel is chronological, starting from his childhood).  He had complaints against him for saying things like, "Atheists may not all go to hell. I knew one who didn't," and "Christ was a perfect man, but Confucius had a better sense of humor."1  This is a trend I've been finding in a lot of the books on this list: pro-religion via being anti-dogma.  That is to say, many of these books argue that reliance on dogma is not only bad, but directly detrimental to religion, arguing instead a form of what is essentially Humanism based on Christianity.  The first book I reviewed, The Inside of the Cup, dealt with a priest discovering this.  This trend continued.  There were the good preachers in Elmer Gantry, Dean Harcourt in Green Light, and Casey in The Grapes of Wrath.  Whereas a novel like Elmer Gantry tried to combat what Lewis saw as hypocrisy by exposing a negative figure, the others I've listed focus mainly on presenting a good preacher, an example of what religious officials should be. (I don't think it's a coincidence that the good preachers in the novels listed above rarely achieve any high status, as opposed to the Gantry-like characters.)

Chisholm's life is one long attempt to make the world a better place, which he does, to the extent that he is able.  Other characters, often within the clergy, stand in his way, but this opposition is not generally due to malice or greed, but rather people who are more concerned with the number of baptisms at the missions than with the number of people who benefit from the mission.  The amount of philosophical and theological monologues alone suggests that Cronin is using Chisholm to state his own religious views, which seem to be humanistic.  Chisholm argues that the church should argue pacifism in times of war.  He argues that good works, regardless of religion, are paths to salvation.  Basically, he argues for human decency and kindness.
Like pretty much every book I've read here so far, this one was adapted to film: 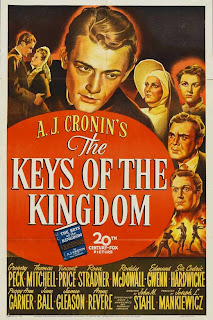 The 1944 film starred Gregory Peck (who also played Pa Baxter in the film adaptation of The Yearling).  It seems, though, that Cronin is better known outside the U.S. Most of the search traffic for his name comes from India and the U.K.,2 which is probably in no small part due to the importance of The Citadel in the U.K.

I wouldn't try to stop anyone from reading The Keys to the Kingdom, and it is certainly an enjoyable book.  I don't feel that it's one that you need to go out of your way to read, though.