Experimental literature seeks to challenge conventional techniques and discover new or better ways of writing.  One such method is called "Constrained Writing," wherein the author is in some way limited.   One of the most common forms of constrained writing is called lipogrammatic writing, in which one or more letters is verboten.

Perhaps the most famous example of this is Ernest Wright's 1939 novel, Gadsby, which contained 50,000 words and not one letter e. 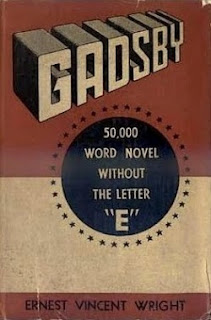 This feat was surpassed in 1969 by French author Georges Perec's La Disparition (the English translation is titled A Void), a 300 page novel also without any e's.

While a challenge like the aforementioned is by no means easy, only certain words are eliminated.  In Michel Thaler's 2004 novel, Le Train de Nulle Part (The Train from Nowhere), an entire type of word is off-limits.  No verbs in this novel.

An even odder restriction was placed on the novella, Not A Wake, by Michael Keith.  The length of each word is determined by the value of pi.  Hence, "Not A Wake..." and 3.14... 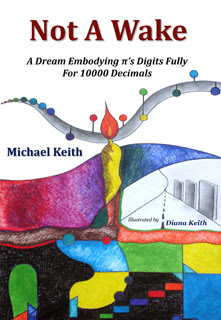