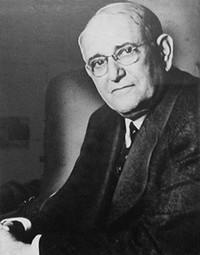 This is Lloyd C. Douglas’s second book on the list, the first being Green Light (1935).  Douglas (1877-1951) is an Indiana born Lutheran minister.  He found success as an author in 1929 with Magnificent Obsession. 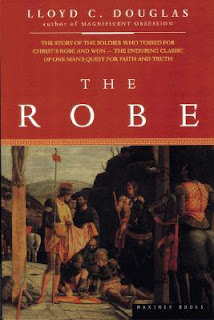 The Robe follows Roman Tribune Marcellus and his Corinthian slave Demetrius in the early first century A.D.  As punishment for insulting Prince Gaius Agrippa, Marcellus is sent from Rome to lead a garrison in Minoa near the Dead Sea.  He and Demetrius accompany troops to Jerusalem to keep order during Passover week, and Marcellus is assigned to watch over the crucifixion of Jesus Christ.  He wins Jesus’s robe in a game of dice from some one of the other Romans present but, when he puts it on, has an emotional breakdown and returns to Rome.

Demetrius and Marcellus return to Rome.  Demetrius begins to believe that there may be something to this Jesus fellow after all, and when Marcellus’s mental collapse is rectified by touching the robe again, he decides to learn more.  Demetrius and Marcellus travel back to the Middle East and talk to the people who knew Jesus.  Eventually, they both become Christians as does Marcellus’s love interest, Diana, back in Rome.

Like in Green Light (and The Inside of the Cup and TheKeys of the Kingdom), Douglas focuses on a less dogmatic version of Christianity, preferring to emphasize the importance of compassion and redemption.  In fact, he challenges some of the New Testament miracles.  In the 1986 introduction by Andrew Greeley: “It is a curious indication of the change in Catholicism that forty years ago Douglas was faulted for not being literal enough in his approach to the Bible and that now he might be criticized, especially by Catholic biblical scholars, for being too literal.”

One problem I ran into reading this was that I’m clearly not part of the audience Douglas was writing to.  The novel heavily relies on not only knowledge of New Testament stories but a strong pre-existing emotional connection to Christianity.  Most of the novels I’ve read so far that deal heavily with Christianity have been attempts to rebuke a purely dogmatic or hypocritical approach to the religion.  From an outsider’s perspective, it baffles me how a multi-billion dollar industry can spring from an individual who was crucified for throwing the money-changers out of the temple, or how members of a religion based on a document eschewing the existing dogma and preaching love and tolerance can use that same document as an attempt to claim automatic moral and legal superiority, while others use it to promote prejudice and justify any political action.  This novel, and the others like it, is aimed at reinforcing the faith and behavior of those who use religion as a positive personal and social force, while attempting to improve people the likes of which I’ve alluded to above.

Even when not the main subject, this view of religion appears in many of the books I’ve reviewed so far and has remained pretty relevant.  In 1953, The Robe reached the number one spot again, in conjunction with the release of the film version starring Richard Burton and Jean Simmons. 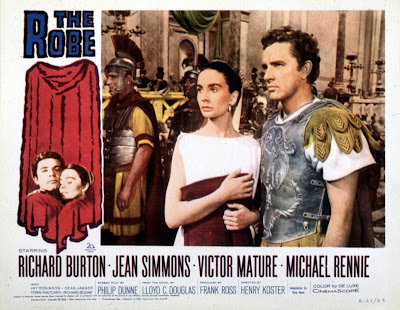 If you are interested in New Testament theology or Christian literature, you’ll probably like The Robe.  Otherwise, it’s probably not something you’d enjoy.