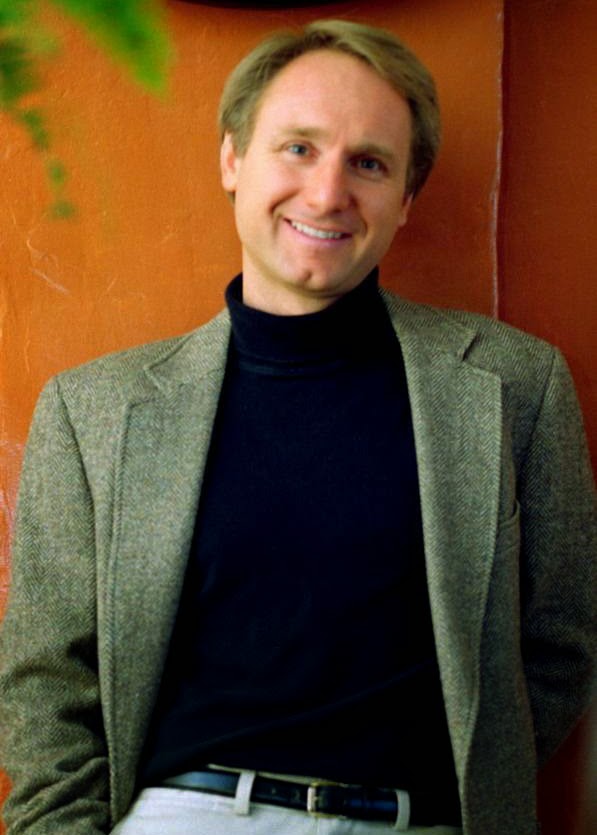 Dan Brown (1964-    ) was born in Exeter, New Hampshire, where his father worked as a professor of mathematics.  Brown went on to study at Philips Exeter and later Amherst, from which he received his B.A. in 1986.  He moved out to Hollywood to pursue a career in music.  He released a few albums by 1994.  In 1993, he moved back to New Hampshire with Blythe Newlon, whom he married, and taught English at Philips Exeter.  He and his wife co-wrote his first book: 187 Men to Avoid: A Survival Guide for the Romantically Frustrated Woman.  Brown was credited under the pseudonym Danielle Brown. He quit teaching to work full time in 1996 and published his first novel, Digital Fortress, in 1998.  Angels & Demons (2000) was his first novel starring Robert Langdon.  His fourth novel, The Da Vinci Code (2003) was the bestselling novel of the year it was published and the following year.  His next two novels, The Lost Symbol (2009) and Inferno (2013) were the bestselling novels in the year they were published.

The Da Vinci Code is the second thriller starring symbologist Robert Langdon, who finds himself caught in the endgame of a centuries long battle between the Opus Dei, a real life Catholic organization, and the Priory of Sion, which in real life was an organization concocted in the 1950s by a megalomaniac would-be cult leader, who had documents forged to connect it to the similarly named Abbey of Sion (alt. spelling of Zion) that existed for a few centuries early in the last millennium.  Despite Brown's statements at the beginning of his book, there is no connection between the modern day and ancient organizations, nor were any of the famous historical figures members of either organization.  His declaration that "All descriptions of artwork, architecture, documents, and secret rituals in this novel are accurate" is also blatantly false. For example, Langdon talks about how the pyramid above the entrance to the Louvre has exactly 666 glass panes, and that this was done at the express command of the president at the time.  Simply put: Bullshit.  Which brings me to my biggest problem with this book.

If you are the least bit skeptical of 'facts' like the above, if you have a passing knowledge of art history, if you can intuit the difference between a fringe theory and a widely accepted position, then Robert Langdon comes across as a well-educated hack.  He's more likely to host a reality show, right between Ghost Hunters and Alien Mysteries.  Hell, even his specialty is bullshit.  'Symbologist' doesn't even make etymological sense, and he's only called that because 'Art Historian' doesn't sound impressive enough.

I actually read both The Da Vinci Code and Angels & Demons when I was in high school, and they're pretty much the same novel.  There's a massive conspiracy tied to a religious organization and its history, Robert Langdon, with the help of a beautiful young woman has to solve a mystery, Brown does everything he can to shout that 'untrustworthy guy with a grudge' is the bad guy, but instead it turns out that 'guy beyond reproach' is the bad guy, roll credits.  I'm expecting The Lost Symbol and Inferno to follow this formula as well. Because if it works once, why not run it into the ground?

But why did The Da Vinci Code work?  Or more accurately, why did it sell a metric shit ton of copies?  Good old fashioned controversy and lying.  Pretty much everything about the book and all the discussions treat the conspiracy fever dreams as accepted historical fact.  To quote the dust jacket from my copy: "The late curator was involved in the Priory of Sion -- an actual secret society whose members included Sir Isaac Newton, Botticelli, Victor Hugo, and Da Vinci, among others....The Da Vinci Code is simultaneously lightning paced, intelligent, and intricately layered with remarkable research and detail."  [bolded words mine]*   As to the first claim: Bull shit.  As to the second, the book has tons of research and detail, but much of it inaccurate.  The book garnered so much controversy (and therefore attention, and therefore sales) because it presented itself a true and radical reexamining of history, rather than a second-rate conspiracy thriller. The premise, in case you've managed to stay unaware, is that Jesus Christ had a kid, and that the Priory of Sion has always protected the descendant, as well as the holy grail, which is actually the body of Mary Magdalene.  Side note, the 1950's Priory of Sion, created by a man named Pierre Plantard, who claimed that it protected the descendants of the Merovingian dynasty (which is 5th-8th  century Northern European) which he tied to the medieval legend of the last great catholic emperor, all of which he claimed to be.  In 1982, Michael Baigent, Richard Leigh, and Henry Lincoln published The Holy Blood and the Holy Grail, which was largely based on the forgeries of Plantard, and added the idea that Christ's descendants moved north and became the Merovingian Dynasty (*cough* Bullshit *cough*).  Anyway, despite being a fictionalized version of a fictionalized version of an easily debunked hoax, the public treated the claims in the Da Vinci Code as something  more than, to repeat myself, bullshit.

Anyway, as I'm sure you know, The Da Vinci Code was given a film adaptation. 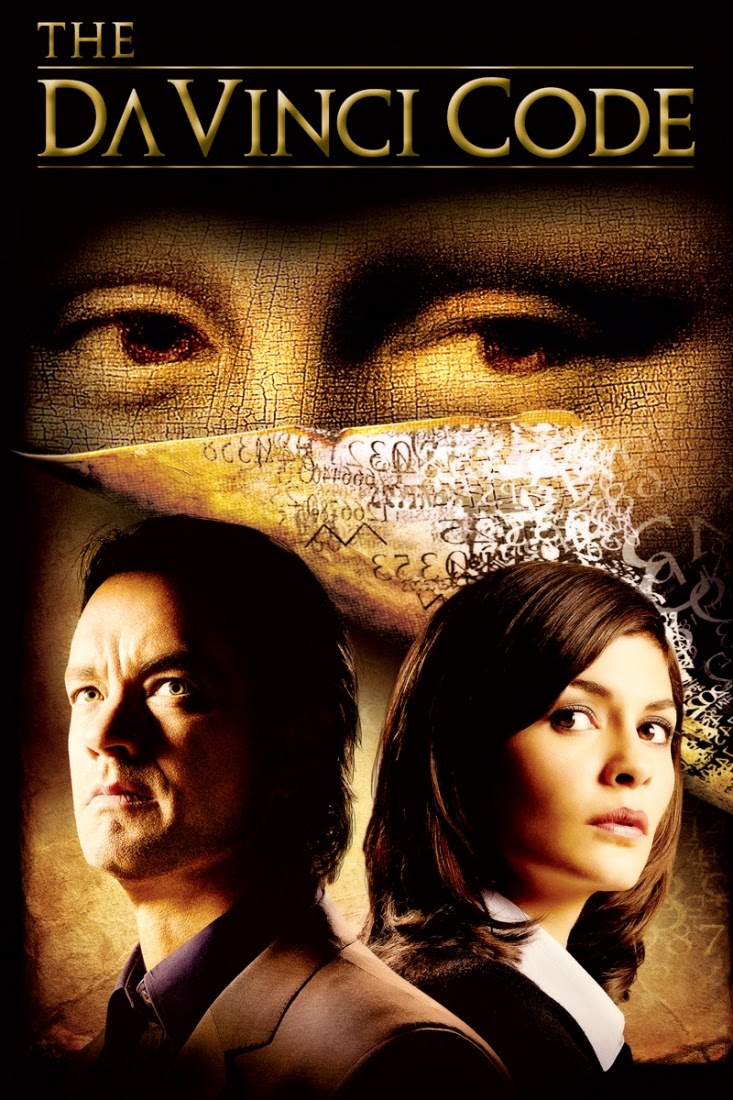 I have two more novels in this series to read, and I'm going to read them with the view of Robert Langdon as an educated loony and the novel as his unsubstantiated claims.  As for my recommendations to you, just watch Ancient Aliens.  At least that will only take you 45 minutes.

*As I was copying this out, I noticed that some letters in the dust jacket are bolded.  If you put all the bold letters in order, you get "Is there no help for the widow's son," a phrase tied to freemasonry, the subject of his next novel.

1. The Da Vinci Code by Dan Brown
2. The Five People You Meet in Heaven by Mitch Albom
3. The King of Torts by John Grisham
4. Bleachers by John Grisham
5. Armageddon by Tim LaHaye and Jerry B. Jenkins
6. The Teeth of the Tiger by Tom Clancy
7. The Big Bad Wolf by James Patterson
8. Blow Fly by Patricia Cornwell
9. The Lovely Bones by Alice Sebold
10.The Wedding by Nicholas Sparks

1. The Da Vinci Code by Dan Brown
2. The Five People You Meet in Heaven by Mitch Albom
3. The Last Juror by John Grisham
4. Glorious Appearing by Tim LaHaye and Jerry B. Jenkins
5. Angels & Demons by Dan Brown
6. State of Fear by Michael Crichton
7. London Bridges by James Patterson
8. Trace by Patricia Cornwell
9. The Rule of Four by Ian Caldwell and Dustin Thomason
10: The Da Vinci Code: Special Illustrated Collector's Edition by Dan Brown