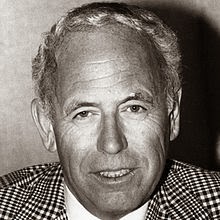 Arthur Hailey (1920-2004) has appeared once on this list already, for 1968's bestselling-novel, Airport.  Born in England, Hailey dropped out of high school due to financial stress, later joining the Royal Air Force during World War II.  In 1947, he moved to Canada and later gained dual citizenship.

He went on to have a long and successful career in film, television, and publishing, appearing on the top ten annual bestsellers list five times and taking the number one spot twice. 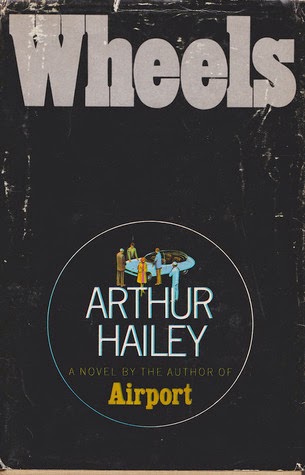 Wheels is to the automobile industry what Airport is to aviation.  While there are many subplots, dealing with everything from race to the artist's dilemma, the real protagonist is the automobile industry itself, in all its flawed grandeur.  Overall, it sees the auto industry on the verge of bigger and better things, while still calling it out on its failings (e.g. unethical salesman, management issues, etc.).

While Wheels certainly benefited from Hailey's previous successes, its popularity can be delved into more.  I find Hailey similar to Michener and Uris, even though the latter are historical fiction writers.  All three have plenty of character subplots, but their stories are not about the characters.  Michener writes about the land, Uris about political and social climates, and Hailey about industries.  Perhaps one reason I find Hailey so dry is that he's trying to be educational.  People like Hailey, Michener, and Uris used fiction to illustrate their extensive research.  So the question is why did this type of novel become popular at this point in time, that is to say, the late 60s-ealry 70s?  As soon as I asked myself that, I remembered David Foster Wallace's idea of the "vocational travelogue":

"'Vocational Travelogue' is a shorthand way of acknowledging that for a long time one reason people used to read fiction was for a kind of imaginative tourism to places and cultures that they'd never really get to see...modern tech has also created such extreme vocational specialization that today few people are in a position to know much about any professional field other than their own; and thus that a certain amount of fiction's 'touristic' function now consists in giving readers dramatized access to the nuts and bolts of different professional disciplines and specialties."

In 1978, Wheels was adapted into a miniseries starring Rock Hudson:


As far as Hailey goes, you know what you're going to get.  If you are interested in the auto industry of the late 60s and early 70s, Wheels is for you.  Otherwise, you can skip it.

1. Wheels by Arthur Hailey
2. The Exorcist by William Blatty
3. The Passions of the Mind by Irving Stone
4. The Day of the Jackal by Frederick Forsyth
5. The Betsy by Harold Robbins
6. Message from Malaga by Helen MacInnes
7. The Winds of War by Herman Wouk
8. The Drifters by James Michener
9. The Other by Tom Tryon
10. Rabbit Redux by John Updike