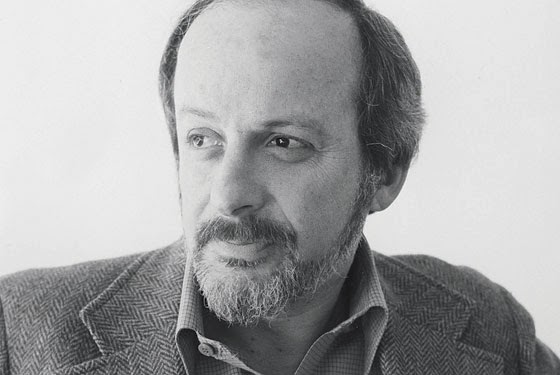 Edgar Lawrence Doctorow (1931-      ) was born in the Bronx.  He later studied philosophy at Kenyon College and briefly attended Columbia University for graduate studies in English drama before being drafted into the military, where he served from 1953-1955.  While overseas, he met and married Helen Setzer.  Upon returning the the U.S., he worked as a manuscript reader for Columbia Pictures, then as an editor for the New American Library from 1959-64.  In 1960, he published his first novel, a western titled Welcome to Hard Times.  In 1964, Doctorow became the editor-in-chief of Dial Press and in 1966 published his second novel, this time sci-fi, called Big as Life.  It wasn't until 1971 that Doctorow wrote his first historical fiction novel, The Book of Daniel, about the Rosenberg trial.  The book was a critical success and was a finalist for the National Book Award.  In 1975, Doctorow published Ragtime, his most popular book, which also won the National Book Critics Circle Award.   Since then, Doctorow has published eight novels, three short story collections, and two books of essays.  is most recent novel, Andrew's Brain, was published earlier this year. 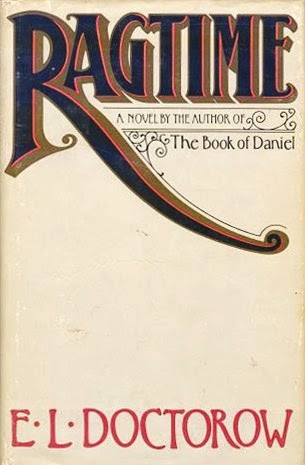 Ragtime takes place over the course of the opening decade and a half of the twentieth century.  It focuses on three main fictional groups, the unnamed upper middle class white family living the American dream (named simply Father, Mother, and Mother's Younger Brother), a poor Jewish immigrant (Tateh) and his daughter, and a black musician from Harlem named Coalhouse Walker.  But what's remarkable about Ragtime is the extent to which real historical personages appear in the story, most notably socialite Evelyn Nesbit, anarchist Emma Goldman, magician Harry Houdini, and industrialist J. P. Morgan.  This puts aside the brief appearances by everyone from Archduke Franz Ferdinand to Henry Ford to Theodore Dreiser.  At one point, Freud and Jung take a boat through the Tunnel of Love on Coney Island.

Doctorow raises all the standard but relevant social issues.  Nesbit and Goldman discuss gender, while Coalhouse and Mother's Younger Brother consider race, and Tateh ponders class in American society.  Yet despite the prevalence of these themes in American literature, Doctorow makes them seem fresh, at least in presentation.  One of the most memorable scenes in the novel takes place between Ford and Morgan, sitting down to discuss reincarnation and the idea of Great Men.  Such a meeting almost certainly never happened, and is just one instance of the mixing of the historical and fictional.  However, Doctorow has said:

"I'm under the illusion that all of my inventions are quite true. For instance, in Ragtime, I'm
satisfied that everything I made up about Morgan and Ford is true, whether it happened or not.
Perhaps truer because it didn't happen."

I think Ragtime is the first postmodern novel on the list.  While novels like Elmer Gantry or Valley of the Dolls can be seen as Roman á clef's, Doctorow makes a concerted effort to make reality and fiction indistinguishable, to draw a line between truth and fact.  It wasn't merely Doctorow that was making massive changes to historical fiction and the fact/truth divide, rather we can see Ragtime as a more accessible example of what was going on.  On the one hand, you had the continued rise of New Journalism.  Hunter S. Thompson's Fear and Loathing: On the Campaign Trail '72 was called "the least factual, but most accurate account" of the election.  Pynchon's Gravity's Rainbow pushes the border between psychological and  magical realism, all in the historical context of World War II.  Ragtime only slightly precedes Robert Coover's The Public Burning, a novel about the Rosenberg trial narrated by Richard Nixon.  While Modernism is usually tied to disillusionment, postmodernism could (in my opinion) be tied to hysteria, that is to say, disillusionment to the point of humor or madness. Note that this is not a negative judgment.

Ragtime was adapted to the screen in 1981. 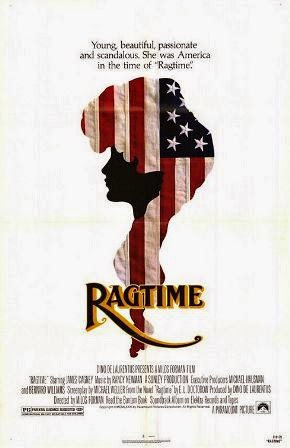 The film starred James Cagney but had a strangely eclectic cast, with an uncredited appearance by Jack Nicholson, a role filled by The Naked and the Dead author Norman Mailer, and before-they-were-famous performances by Jeff Daniels and Samuel L. Jackson.
In 1998, Ragtime was adapted to the stage.  The musical was nominated for thirteen Tony awards, and won four, losing Best Musical to The Lion King.

Unlike many books so far on the list, Ragtime has maintained much of its popularity.  It was placed at #86 on Modern Library's list of the 100 best books of the 20th century, as well as TIME's 100 best novels since 1923.

Ragtime is definitely worth reading if you like historical fiction, or even if you're just lukewarm on the genre.  It doesn't tread much new ground with on social issues, but it comes at them from a new angle.

1. Ragtime by E. L. Doctorow
2. The Moneychangers by Arthur Hailey
3. Curtain by Agatha Christie
4. Looking for Mr. Goodbar by Judith Rossner
5. The Choirboys by Joseph Wambaugh
6. The Eagle Has Landed by Jack Higgins
7. The Greek Treasure by Irving Stone
8. The Great Train Robbery by Michael Crichton
9. Shōgun by James Clavell
10. Humboldt's Gift by Saul Bellow

Also Published in 1975:
The Book of Sand by Jorge Luis Borges
J R by William Gaddis