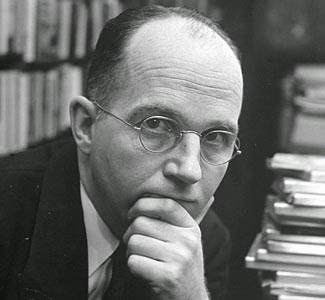 James Michener (1907-1997) has already appeared on this blog for 1965's The Source.  Michere was adopted by a Quaker from Doylestown, Pennsylvania.  He later attended Swarthmore college, studying English and Psychology, graduating with honors in 1929.  After spending a couple abroad, Michener returned to Pennsylvania to teach high school English.  In 1935, he married his first wife, Patti Koon, then earned his Masters and taught briefly at Harvard before becoming an editor for Macmillan Publishers.
Michener served in the South Pacific during WWII.  His experiences there provided the basis for his first novel, Tales of the South Pacific (1947), which won the Pulitzer for fiction in 1948 and was adapted by Rodgers and Hammerstein for the stage, under the title South Pacific.  In 1948, Michener divorced Koon and married Vange Nord.  Michener appeared in the top 10 annual bestsellers list fifteen times between 1951 and 1992, taking the top spot four times.  In 1955, he divorced Nord and married Mari Sabusawa.  In 1977, Michener received the Presidential Medal of Freedom.   He died of kidney failure in 1997. 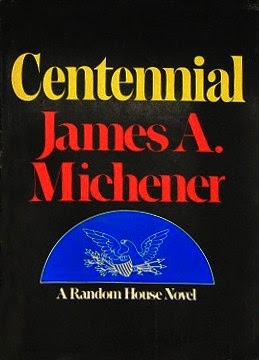 
Centennial is about the eponymous fictional small town in Colorado.  The first part tells us the framing device: a major magazine is doing a piece on the typical American small town, and they've asked a historian to do his own investigation for the purposes of fact checking.  As such, each chapter ends with a note to the editors, clearing up any possibly incorrect or speculative historical elements of the preceding chapter.  In true Michener fashion, this story of a small town doesn't start with the town's naming in 1876, or the history of the Native Americans living in the area before that, or even with the dinosaurs that roamed the Earth millions of years ago.  Michener starts the story of Centennial, Colorado with the formation of the Earth's crust.

This is one of my issues with Michener, and it's largely a matter of personal taste.  After a brief introduction to the concept of the book, he spends over a hundred pages on geology and evolutionary biology.  Do we really need what is essentially a short story depicting the life of a particular buffalo living hundreds of thousands of years before its species had contact with humans?  On the one hand, horses, buffalo, beavers (and, yes, even the giant Diplodocus), and the unique landscape of the area are of great importance to the history of the area and the story itself, but is this too much? I'm a big fan of going on tangents, but you have the tangent before you have the thing it's tangential to.

In my review of Hailey's Wheels, I compared Hailey, Michener, and Uris. During my research for that post, I came across a review from The New Republic which I think holds true to Michener as well.

[His] most devoted readers, one senses, are the sort who don't read novels except those
certified as “informative” and “educational”; whose highest praise for the novels they really
cherish is that they are “very educational.”

While today we tend to think of historical fiction as factually dubious at best (thanks, Dan Brown), people like Michener treated the genre as a means to popularize history.  Being informative was at least as important as being entertaining, and the goal was to give you as complete an understanding of the subject as possible. Personally, I've always been of the opinion that if I want to read a book about history, I'd pick up a history book.  This isn't to say that novels can't be informative or have a significant non-fiction component (cf. In Cold Blood).  The problem is that an attempt to tell us everything can weigh the work down.  But once again, the historical meandering just isn't the kind of thing I like, and there's no accounting for taste.

Due to it's popularity, NBC made Centennial into a twelve-part miniseries in 1979, starring Raymond Burr and Barbara Carrera, as well as Andy Griffith and pre-James Bond Timothy Dalton. 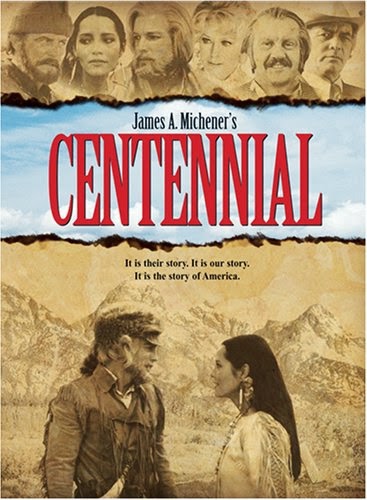 Like I've said, Michener goes to great lengths to be as historically accurate as possible.  If you like historical fiction and very long books, Michener would be a good fit.

1. Centennial by James Michener
2. Watership Down by Richard Adams
3. Jaws by Peter Benchley
4. Tinker, Tailor, Soldier, Spy by John le Carré
5. Something Happened by Joseph Heller
6. The Dogs of War by Frederick Forsyth
7. The Pirate by Harold Robbins
8. I Heard the Owl Call My Name by Margaret Craven
9. The Seven-Per-Cent Solution by Nicholas Meyer
10. The Fan Club by Irving Wallace