1979: The Matarese Circle by Robert Ludlum Robert Ludlum (1927-2001) was born in New York City and attended Wesleyan University in Connecticut. After graduation, Ludlum served in the U.S. Marines.  After that, he held a career as a theater producer.  In 1960, he opened his own theater, Playhouse-on-the-Mall, in Paramus, New Jersey.  A decade later, he left the business to pursue a career in writing.  His first novel, The Scarlatti Inheritance (1971), set the tone for the rest of his ouevre.  It was not long before Ludlum became one of the best-selling authors in the world.  Ludlum published 22 novels before his death, while five were published posthumously.  Of the thirty-six years from 1971 and 2006, only ten did not feature a new book by Robert Ludlum.  The Matarese Circle marks Ludlum's third book on the top ten annual bestsellers list.  Seven more appear on the top ten, yet none other take the number one spot.

Ludlum's death is itself the focus of controversy and conspiracy.  A few weeks after changing his will to leave his second wife millions of dollars in cash and real estate, Ludlum caught fire in his home. Complications from his burns led to his death.  Ludlum's nephew has since launched an investigation into Ludlum's demise. 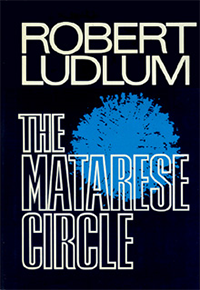 
The Matarese Circle centers on two of the world's top spies, America's Brandon Scofield and the Soviet Union's Vasili Taleniekov.  In addition to their bitter professional rivalries, Taleniekov had Scofield's wife killed, and Scofield killed Taleniekov's brother in retaliation.  But, when Taleniekov becomes aware of a threat to the continued survival of both nations, a secret organization composed of important figures from across the world bent on total domination, he and Scofield must put aside their differences and work together to save the world.

I read several Ludlum novels when in high school, and they all follow the same basic formula, for everything including the title.  The title will start with the word "The" and be followed by a proper noun, either a last name (e.g. Matarese, Bourne, Ambler, Scarlatti) or something mythological (e.g. Icarus, Gemini, Apocalypse).  This will be followed by a non-object noun (e.g. Circle, Ultimatum, Identity, Covenant, etc.).  Of the twenty-four novels he published under his own name, only 1992's The Road to Omaha doesn't follow this naming structure.

The novels themselves also follow the same general plot.  A man is in some way connected to an intelligence agency.  Said man is frequently, but not always, too old for this shit.  He discovers or is made aware of a secret cadre bent on some form of world domination.  With the help of  a beautiful woman who possesses some skill or background necessary to his success, the man manages to thwart the evil plot (winning the girl in the process, of course).  Ludlum doesn't break the mold at all in this novel, so you get exactly what you'd expect: a fun page-turner that really doesn't reward close reading.

Ludlum is a popcorn novelist, plain and simple.  His plots are contrived at best, character motivations often don't hold up under close scrutiny.  The Matarese Circle, in particular, has some pacing problems.  Most of the first two hundred pages focuses on the main characters figuring out things the reader already knows, and the information about the conspiracy comes in spurts.  You'll get twenty pages of Scofield moping, twenty of things blowing up, then an info dump.

The Matarese Circle itself is not a cultural touchstone and doesn't has already been lost to the realm of forgotten pop culture (although IMDB shows a film version in development).  However, like Zane Gray, Ludlum's influence is based on his entire oeuvre more than any particular work.  For one, Ludlum is one of the first trademarked dead authors.  While Fleming's Bond series still lives on through licensed sequels, the sheer number of Ludlum sequels since his death is impressive.  Since 2000, there have been twenty-three books marketed as "Robert Ludlum's..." where Ludlum's name is often bigger than the title. 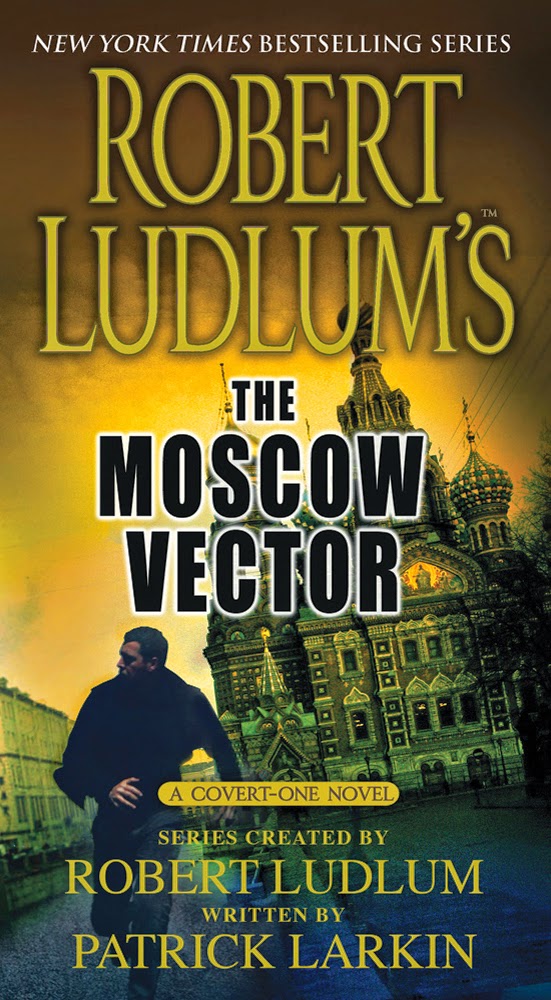 While Tom Clancy has his own 'apostrophe series',  this is becoming more of a trend.  There are now four Sidney Sheldon apostrophe novels.  And of course we have to mention James Patterson, whose name has been on the cover of over one hundred novels since 1995.  The bestsellers list has been getting more and more homogeneous.  Looking at the annual top ten list for the 1910s, 52 different authors show up across the decade.  Looking at the 1970s, 59 different names show up.  Looking at 2000-2009, if we count things like "James Patterson with ____" as James Patterson, there are only 33 different authors over the 100 available slots.

I realize I've gone a bit off topic, but this is the point where the bestseller lists really starts to shift from the Michener/Uris/Hailey infotainment trifecta to the formulaic airport novel.

Anyway, as far as The Matarese Circle goes, if you're looking for entertainment and nothing else, this will do just fine.