1987: The Tommyknockers by Stephen King 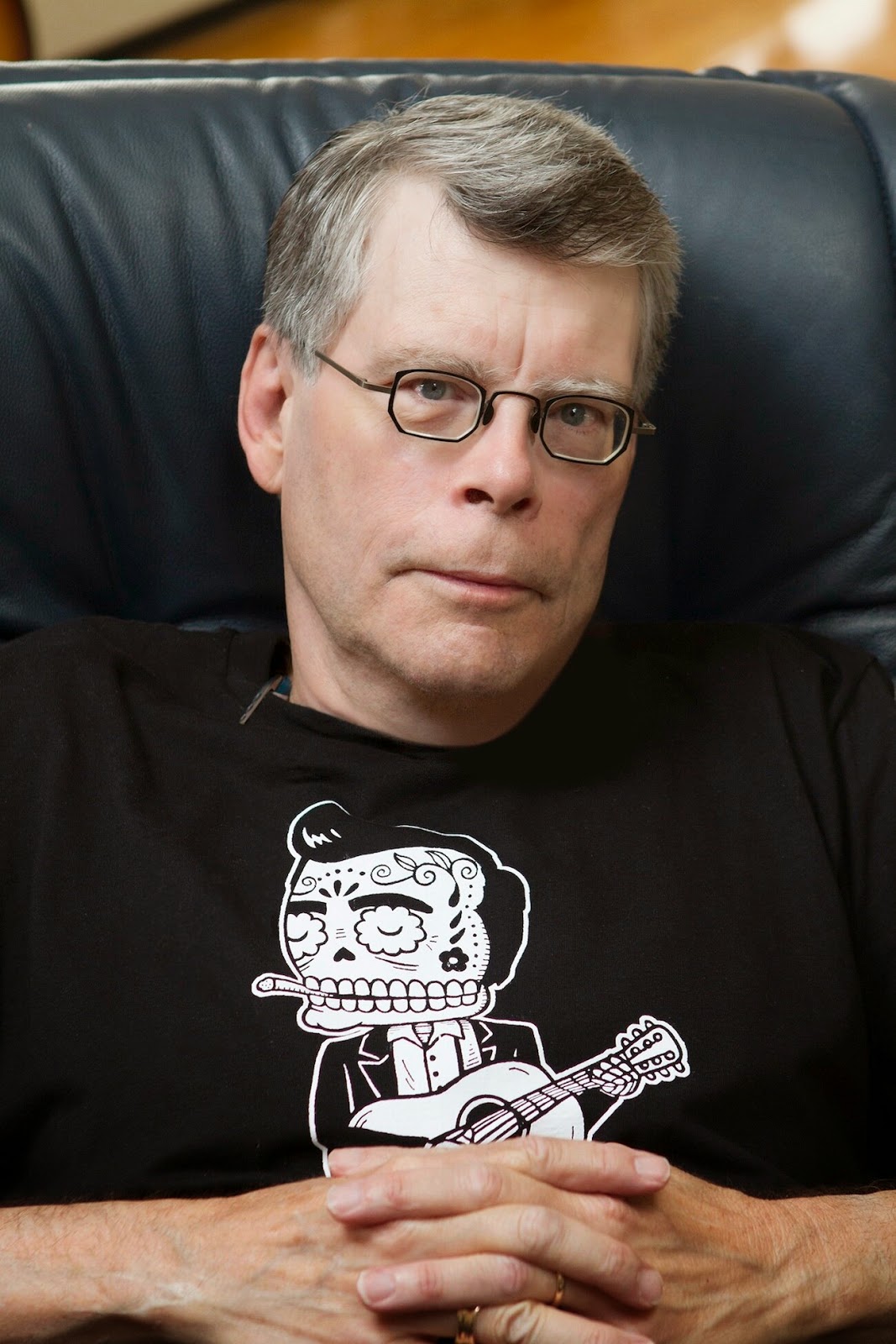 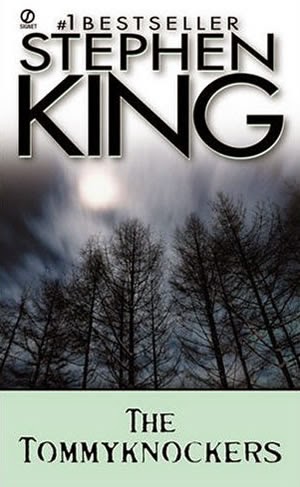 The Tommyknockers is one of the few books on the list that I'd already read.  Widely regarded as one of King's worst, The Tommykockers takes place in Haven, Maine, where Western novelist Bobbi Anderson discovers an alien spacecraft buried in the woods.  As she begins to excavate the wreck, the people in the town start changing, becoming more and more like the alien species that visited long ago.  They develop an amazing technical ingenuity, but don't necessarily understand the concepts behind their inventions.  As Bobbi says "As I say, we've never been very good understanders. We're not a race of super-Einsteins.  Thomas Edison in space would be closer, I think."  However, the townspeople become increasingly psychotic and dangerous.  Bobbi's friend, poet James Gardener (Gard), is immune to the the effects of the change because of a metal plate in his head, and it's up to him to stop the people of Haven, and the alien technology, from wreaking havoc on the Earth.

While complaining about a Stephen King book being long is like complaining about it being set in Maine, The Tommyknockers has the major problem of spending hundreds of pages shifting around minor characters, which gets very repetitive, very fast.  King's tendency to take common-place items and recontextualize them as terrifying consistently fails here.  For example:

"The Coke machine banked back.  It hung in the air for a moment, its front turning back and forth in small arcs that reminded Leandro of the sweeps of a radar dish.  The sun flashed off its glass door.  Leandro could see bottles of Coke and Fanta inside.

Suddenly it pointed at him -- and accelerated toward him.

He got up and tried to hop to the car on his left foot.  The soda machine bore down on him, coin return hooting dismally."

'coin return hooting dismally' is probably the least scary description I've ever read in a horror novel. The success of The Tommyknockers is a bit surprising considering it competed against two other King books, including Misery.

King's cocaine addiction and alcoholism throughout the 1980s is frequently brought up in discussions of The Tommyknockers.  King himself admits to barely remembering having written Cujo.  There is much to be said for The Tommyknockers as an allegory for King's addiction (this article from The Guardian is worth a look), but that doesn't make up for the overall shortcomings of the novel.   Nevertheless, The Tommyknockers was adapted into a truly awful two part miniseries starring Jimmy Smits (The West Wing, NYPD Blue) and Marg Helgenberger (CSI): 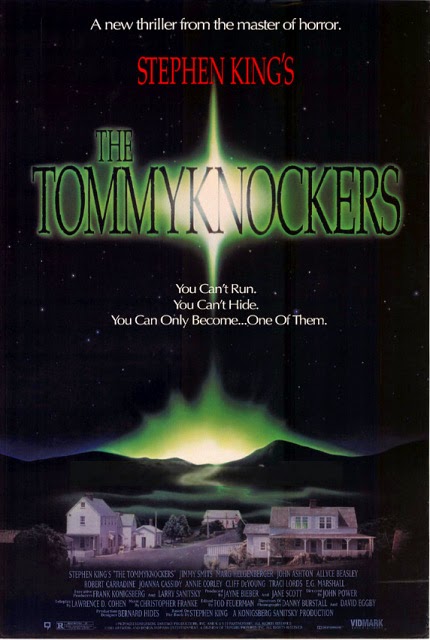 It's pretty much just three hours of all the worst aspects of a made-for-tv sci-fi B-movie.

I can't really recommend this book for anybody.  If you're a Stephen King fan or looking to get into his books, this is not a good choice.  It's one of his longest and worst books.