2001: Desecration by Jerry B. Jenkins and Tim LaHaye 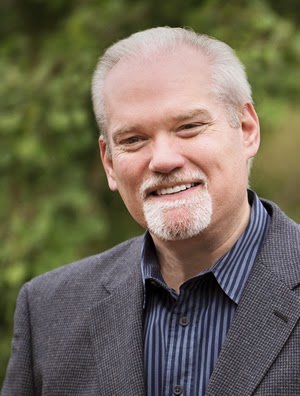 Jerry B. Jenkins (1949-   ) was born in Kalamazoo, Michigan.  He attended the Moody Bible Institute from 1967 to 1968, and Harper Community College from 1968 to 1970.  In 1971, he married Diana Whiteford.  He was a news editor for the Moody Bible Institute's radio station, and then a sports writer/editor for various publications until 1971.  In 1973, he published the first of over 180 books he wrote or coauthored, including autobiographies ranging from Hank Aaron to Billy Graham (autobiographies in the way that "X's life story, as told to Y" is an autobiography).  He worked for Moody Publishing in some capacity from 1973-2006, teaming up with LaHaye to write the Left Behind series in 1995.  He is the current owner of the Christian Writers Guild. 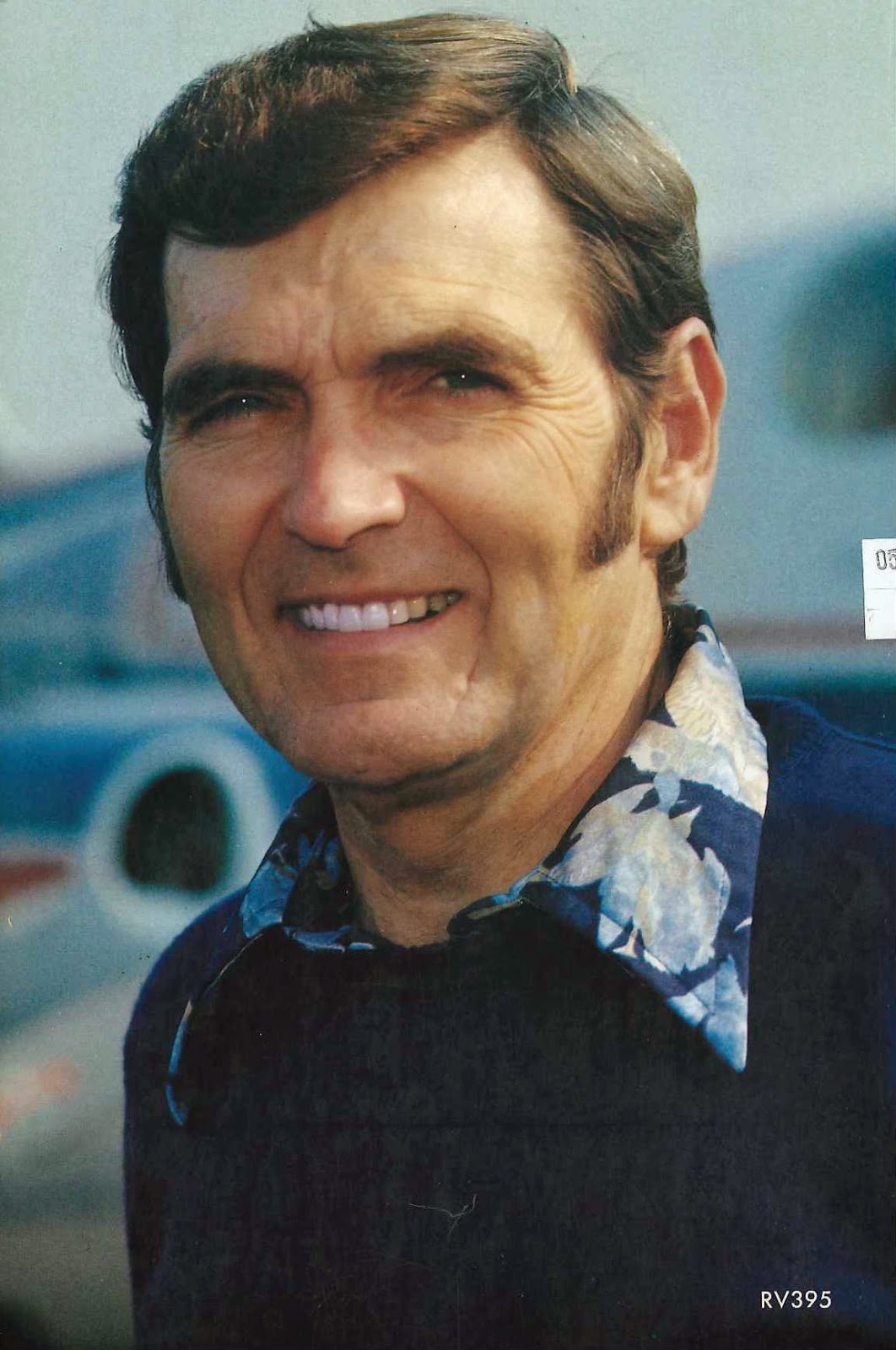 Tim LaHaye (1926-   ) was born in Detroit.  He served in the US airforce from 1944-1946, and married Beverly Ratcliffe in 1947.  He received a B.A. from Bob Jones University in 1950 and a Doctorate in Ministry from Western Conservative Baptist Seminary in 1977.  He worked as a pastor from 1948-81.  In 1980, LaHaye joined the board of Jerry Falwell's "Moral Majority."  He has repeatedly written and stated that the there is a secular humanist conspiracy designed to end Christianity and take over the world.  According to LaHaye, this conspiracy includes everyone from the U.N. to the NAACP to the Illuminati (no, really.  This is not a joke).  I try to remain impartial in this part of the posts, but this guy is an out and out theocrat.  He explicitly believes that the US government should be run under biblical law, that the state should stop funding education (except Christian education (unless it's Catholic, or Unitarian, or anything except apocalyptic evangelical Christianity)).  He's a fanatic who thinks that the rights of the American people, not to mention international relations, should be governed exclusively according to his religious beliefs.  And these books have made him a millionaire many times over. 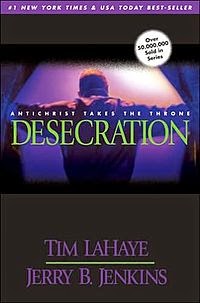 While doing the research on the bio section of this post, I found the Tyndale publishing bio page for Jerry Jenkins which claims that Desecration "was the best-selling book in the world in 2001."  The failure to distinguish between the best-selling adult fiction book in the United States and the best-selling book in the world is not surprising coming from authors that consider the US a last bastion of Christian supremacy in a world of evil, evil secular humanism and the U.N. a vehicle for the nightmarish situation of countries cooperating (because American Exceptionism only works if we refuse to work with others).

I've pointed out in plenty of my past posts some problem religious fiction often runs into, especially for non-religious readers.  For example, in Costain's The Silver Chalice, a slave girl suggests the protagonist pray to a particular Hebrew angel.  He is soon after rescued, and converts on the spot.  A Christian author or reader wouldn't see a problem with this because they accept that Christianity is true and the protagonist was simply discovering that fact.  Whereas, from a non-religious perspective, this is just lazy writing (character development through convenient epiphany) and clearly fails to understand the perspective of people who don't already believe.  While there are exceptions (e.g. Cronin's The Keys of the Kingdom) most of the religious novels on the list so far have had these issues.  But whereas Costain might have been a little stuck in his own world view, LaHaye and Jenkins have their heads so far up their asses that they're looking out their own mouths.  Throughout the first nine books there must be at least a hundred internal monologues all bemoaning not believing sooner.  No matter where the the characters are or what they're doing, they have time for a page of didactic moralizing. I lost count of how many scenes feature a character flipping through their bible, dramatically apostraphizing a raptured loved one and declaring how obviously true the bible was the whole time!

For people like LaHaye and Jenkins, the bible is unquestionably, literally true, and the only reason not to believe is denial.  As such, people who before the rapture didn't believe that the bible was literal truth for trivial reasons like "lacking evidence" or "being demonstrably false," hold the same opinions after the rapture.  Because LaHaye and Jenkins consider the bible to be as obviously true now as it would be after the freakin' rapture.  Look, I'm not religious.  At all.  I'm an empiricist.  But if every evangelical Christian and young child vanished in an instant, you'd find me in church ASAP.  The problem with this series isn't that it starts with the premise that Revelations is literally true, the problem is that nothing else in the series makes a goddamn bit of sense.  They want to make plot points reflect prophecy?  Fine.  But the plot points still need to make sense in the context of the novel!!!  Russia sending half its air force and all of its nuclear arsenal at Israel does not make sense!

In case you're mercifully unaware of this series, it's about a group Christians forming a paramilitary force and fighting against Nicolae Carpathis, the anti-christ.  There are two immediate problems with this.  One:  As the characters are incessantly saying, if they die they go to heaven.  The best case scenario is they live the seven years to the end of Armageddon, and then they die and go to heaven.  Not much at stake.  Second:  They know everything that's going to happen!  Every twenty pages they consult the book of Revelations to see what will happen next.  Since Revelations seems to be infallible, it doesn't matter whether any operation succeeds.  Because, no matter what, it ends with Jesus coming back and defeating Satan.

This leads me to a question that really needs to be asked, and for which I have been unable to come up with a satisfactory answer:

Why doesn't the anti-christ ever, at any point, read the Book of Revelations!??

Imagine if Sauron had a copy of Return of the King or if Hitler had a copy of Churchill's The Second World War, and then just decided to not read it.  Things explicitly predicted in Revelations frequently take Nicolae by surprise.  He frequently attacks Christian theology, which he is a part of, but is completely shocked whenever god intervenes.  He's cartoonishly incompetent.  In Desecration, he realizes there's a mole, as information stated on his plane is making its way to the heroes, who managed to plant a bug there.  Nicolae, who uses guided missiles, live broadcasts, and cyber-security, tries to find the spy on the plane, determines that no one is guilty, executes two cabin crew (which he knows are innocent) and then promptly forgets that information is being leaked.  Is he not aware of listening devices?

It's impossible to take him seriously.  At one point in Desecration, Nicolae puts a saddle on a giant pig and rides it around Jerusalem.  Characters point out that this is done to be offensive to Christians because Christianity came from Judaism and pigs aren't kosher.  You know what else isn't kosher?  Horses!  And camels!  How am I supposed to take this guy seriously when he would ride a giant pig around a city for no good reason?    Desecration ends with rapid cuts between some characters.  Here's Carpathia's parts:

"Target one locked, armed," one pilot said.  The other repeated him.
"Here we go!" Nicolae said, his voice high-pitched.  "Here we go!"
"Yes!" Nicolae squealed.  "Show yourselves; then launch upon your return!"
"Yessss!" Carpathia howled.  "Yes! Yes! Yes! Yes!"


He vacillates between charismatic efficiency and total lunacy on a paragraph to paragraph basis.  One moment he's Lex Luther, the next he's Yosemite Sam.  He's like a goddamn Nicolas Cage character. 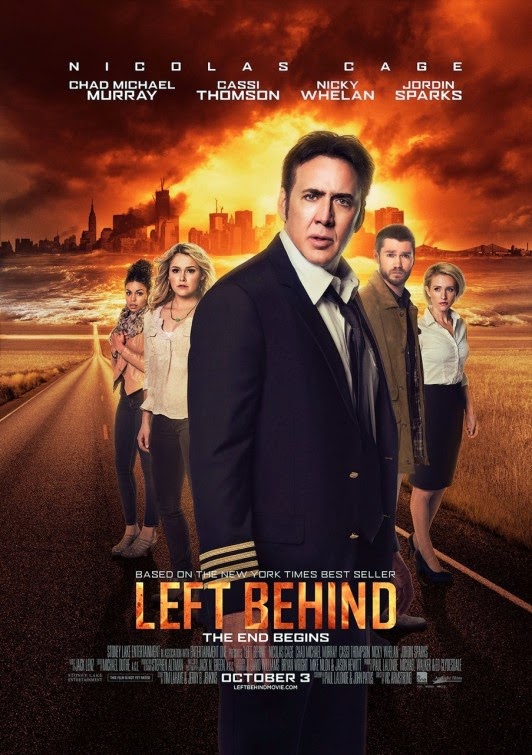 Yeah, that happened.   But wait, there's more.  The 2014 Left Behind adaptation was actually a reboot of the low-budget trilogy starring Jesus Christ superstar Kirk Cameron. 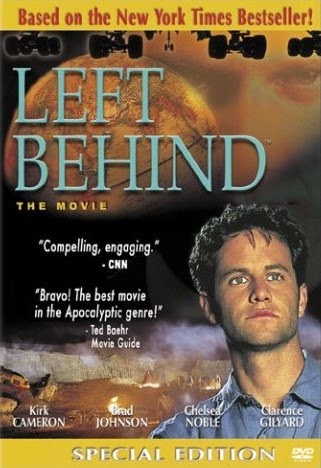 Look, this series is bad.  From a pure craft standpoint, it suffers at every level.  The plot is incoherent, the prose is tedious, the characters are nothing more than a job title and two adjectives, pacing is erratic... with this level of competence I'm just impressed that they managed to get the pages in the right order.

I was originally thinking of recommending this because it's so bad, like how I get people to go to midnight screenings of The Room, but I can't in good conscience do that.  Because every dollar that goes to this series makes its way into LaHaye's pocket, and the fact is, LaHaye is a deranged and dangerous individual.  It's not because he's religious.  It's because he actively supports (and works for) organizations that consider the state to be an arm of religion.  Because any money that goes to him will go towards the dissolution of freedom of speech, freedom of religion, and the rights of anyone who isn't an evangelical Christian to live how they see fit.  I often put jokes in my reviews, but when I'm serious I don't use hyperbole.  LaHaye actively supports turning the U.S. into theocracy, and I can't in good conscience recommend anything that would put a single cent in that man's pocket.

1. Desecration by Jerry B. Jenkins and Time LaHaye
2. Skipping Christmas by John Grisham
3. A Painted House by John Grisham
4. Dreamcatcher by Stephen King
5. The Corrections by Jonathan Franzen
6. Black House by Stephen King and Peter Straub
7. Last Man Standing by David Baldacci
8. Valhalla Rising by Clive Cussler
9. A Day Late and a Dollar Short by Terry McMillan
10. Violets Are Blue by James Patterson

Life of Pi by Yann Martel
Atonement by Ian McEwan