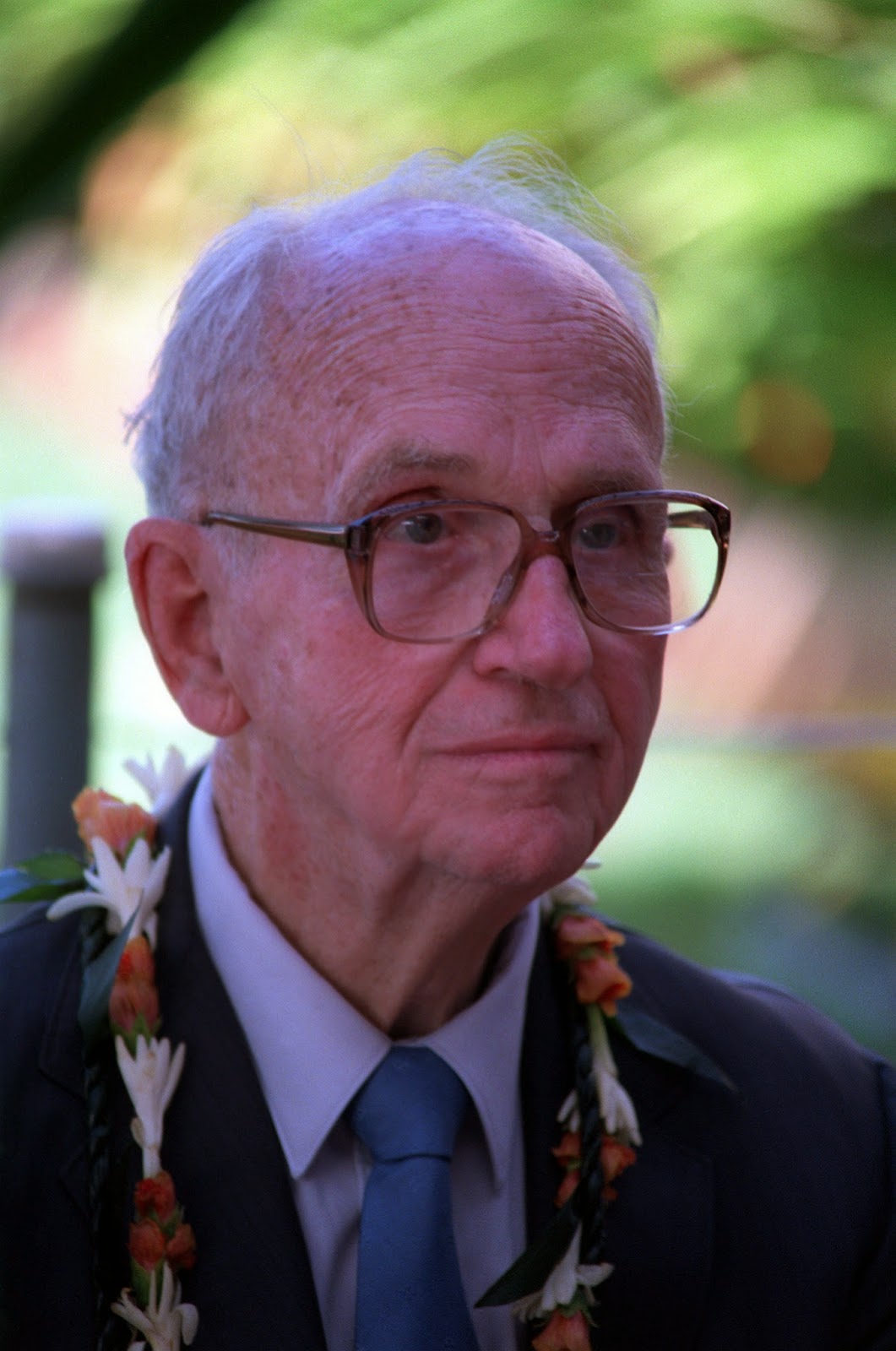 This is the third book by James Michener (1907-1997) to appear on my list.  He has four different books on the list, a total matched only by Stephen King and surpassed only by John Grisham.  As such, I hope you'll forgive me for copy/pasting most of the author bio from my review of The Source and Centennial.


James Michener (1907-1997) was adopted by a Quaker from Doylestown, Pennsylvania.  He attended Swarthmore college for English and psychology, graduating with honors in 1929.  After a couple years spent abroad, Michener returned to Pennsylvania to teach high school English.  In 1935, he married his first wife, Patti Koon, then earned his Masters and taught briefly at Harvard before becoming an editor for Macmillan Publishers.
Michener served in the South Pacific during WWII.  His experiences there provided the basis for his first novel, Tales of the South Pacific (1947), which won the Pulitzer for fiction in 1948 and was adapted by Rodgers and Hammerstein for the stage, under the title South Pacific.  In 1948, Michener divorced Koon and married Vange Nord.  Michener appeared in the top 10 annual bestsellers list twice in the 1950s, and fifteen times over the course of his life, taking the top spot four times.  In 1955, he divorced Nord and married Mari Sabusawa.  In 1977, Michener recieved the Presidential Medal of Freedom.   He died of kidney failure in 1997. 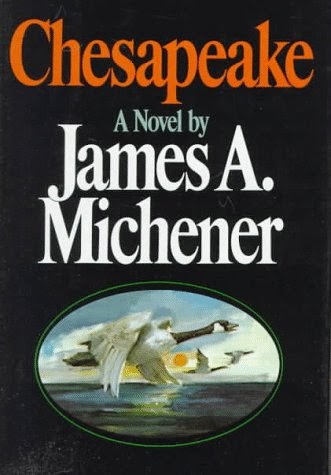 Chesapeake is, as the name suggests, a history of the Chesapeake Bay region.  The novel begins in 1583, focused on Native American inter-tribal relationships and history, followed by the arrival of Europeans and the foundation of Jamestown and the Chesapeake Bay Colony, the slave trade, the Civil War and Reconstruction, up through to the 1970s.

As opposed to Michener's other works, Chesapeake is very focused.  Where as The Source covered several thousands of years of history and Centennial  spent a hundred pages explaining early earth geology and detailing the lives of prehistoric river mammals, Chesapeake's focus wavers less, leading to a whole that is more cohesive than the others I've previously reviewed.  Chesapeake's focuses on the usual suspects of American historical fiction, religion, race, class, and discrimination, e.g. the Quaker, pro-abolition family set at odds with the wealthy slave-owning family.

Michener's modus operandi seems to be a wide-scope of an area's history, leading up to current social or political situations.  The Source leads to violence in the Middle East, Centennial to the modern Midwest, Chesapeake to the the modern South and Civil Rights movements, and The Covenant to apartheid era South Africa.  Michener attempts to draw a step by step diagram of how things got the way they are.  Such a diagram is going to be, at best, oversimplified. While his aim is admirable, compressing four hundred years of history into a single novel (even a long one) is going to require things to be painted in very broad strokes. Michener realizes this (as demonstrated by the notes at the chapter ends in Centennial), but the novel form is not greatly suited for this type of endeavor.  Michener tries to explain history from the perspective of those living it, and not just the heads of state or generals, but from the perspective of the average man.  However, the men and women in his novels are by no means average.  They must embody some particular archetype: the slave owner or the abolitionist.  Too much, the social forces of the time are embodied too literally, and everything seems teleological, as if it had to happen this way, a view that is true only in retrospect.

I don't mean to imply that Michener is factually incorrect, or that he plays fast and loose with the facts.  Michener's novels are, if nothing else, well-researched.  Rather, it's his approach to history as a series of inevitabilities, a habit of viewing past events and decisions through the lens of their long-term results.

That said, if you like long historical fiction, Chesapeake is for you.

1. Chesapeake by James Michener
2. War and Remembrance  by Herman Wouk
3. Fools Die by Mario Puzo
4. Bloodline by Sidney Sheldon
5. Scruples by Judith Krantz
6. Evergreen by Belva Plain
7. Illusions: The Adventures of a Reluctant Messiah by Richard Bach
8. The Holcroft Covenant by Robert Ludlum
9. Second Generation by Howard Fast
10. Eye of the Needle by Ken Follett

The Stories of John Cheever by John Cheever
The World According to Garp by John Irving
The Stand by Stephen King
Requiem for a Dream by Hubert Selby, Jr.