1984: The Talisman by Peter Straub and Stephen King 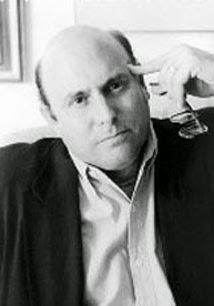 Peter Straub (1943-     ) was born in Milwaukee, Wisconsin.  He attended the University of Wisconsin - Madison, where he received a B.A., in 1965, then Columbia University where he received an M.A.  In 1966, Straub married Susan Bitker, with whom he now has two children.  After a short period teaching High School English in Wisconsin, Straub moved to Ireland, planning to get his doctorate from University College, Dublin.  He dropped the doctorate path to focus on writing.

His first novel, Marriages, a mainstream story about an American businessman in Europe, was published in 1973.  Unable to find a publisher for a second mainstream novel, Straub began to write horror at the suggestion of his agent.  His first horror novel, Julia, was published in 1975.  His first major success came with the publication of Ghost Story (1979), and was followed by other well-received horror novels, winning multiple World Fantasy and Bram Stoker Awards.

After the publication of Ghost Story, Straub moved back to the United States.  He had been friends with Stephen King, and the two of them decided to collaborate on a novel, The Talisman.  Since 1984, Straub has published eleven novels and four short story collections, as well as editorial work on the Library of America's Lovecraft anthology. 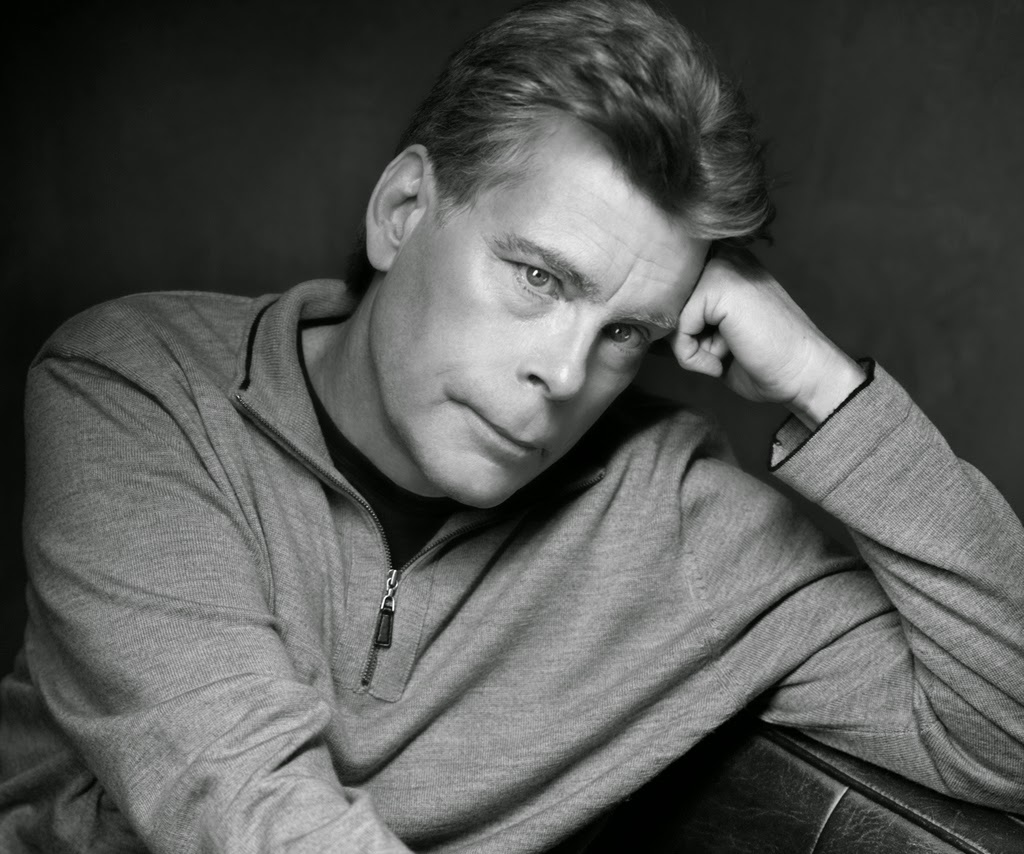 Stephen King (1947-    ) was born in Portland, Maine.   His father abandoned the family when King was two, leaving his mother to raise King and his older brother.  King attended the University of Maine, earning a B.A. in English in 1970.  King and Tabitha Spruce had their first child in 1970, and married in 1971.  Their second child, Joseph Hillstrom King, was born in 1972.  (He, like his mother and father, is a writer.  He writes under the name Joe Hill.)  King taught high school and supplemented his wages by selling short stories to magazines.

In 1973, he published his first novel, Carrie.  The first of his novels to make the annual top ten bestsellers list was The Dead Zone (1979).  Between 1980 and 2012, King appeared on the annual top ten list 34 times, in one case having three books on the same year's list. 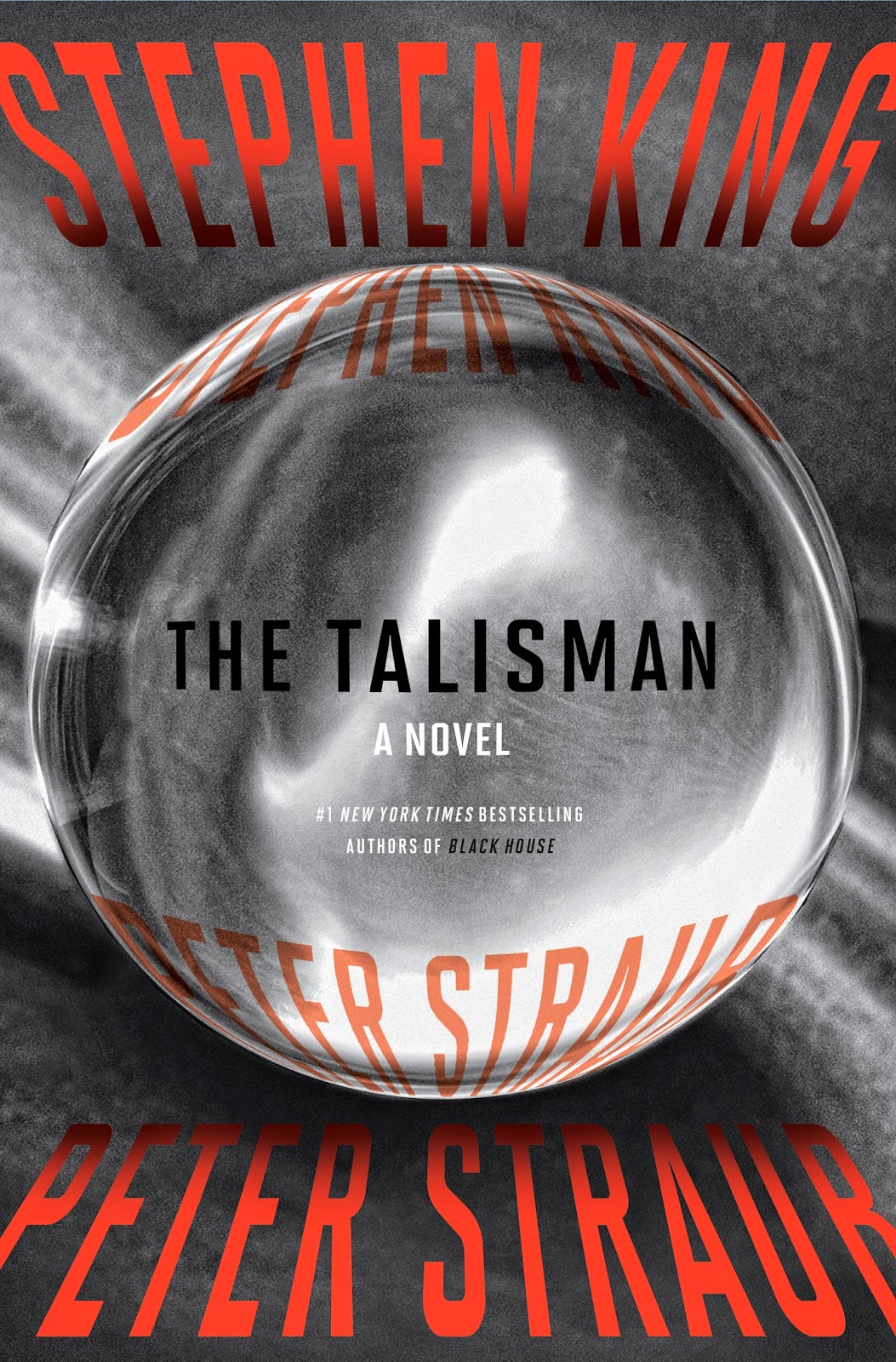 
The Talisman begins with twelve year old Jack Sawyer and his mother, a retired B-movie actress, heading to a New Hampshire sea-side tourist town off-season.  Sawyer's father has been dead some years, and his business partner, Morgan Sloat, is trying to get control of Jack's father's share of the company (cliche 1: Evil businessman).  Jack suspects his mother is sick and has come to this town to die.  Here, he meets Speedy Parker, an wise old black man (cliche 2).  Parker gives Jack some information, that he (Parker), Jack's father, Sloat, and nameless others, can traverse between worlds: ours and a fantasy realm known only as "The Territories."  Not only that, but many people have 'Twinners', versions of themselves that exist in the other world.  There's no twinner of Jack, but his mother's twinner is the queen.  Jack must retrieve a special object known only as the talisman and save his mother and the queen (cliche 3).  He'll need to travel across the U.S. and The Territories, from New Hampshire to California, flipping back and forth to avoid danger.  Jack, Parker tells us, is special and has a great destiny (cliche 4).  Why?  Well, we'll find out in the last 100 pages.

Despite it's reliance on standard fantasy plot devices, The Talisman is a fun read.  It tends to jump around a lot in terms of tone, going from almost cutesy to grotesque to heart-warming with little warning.  One of my big problems is with a couple aspects that are common in fantasy novels but are so over-used and, in some ways, just bad writing.  One is the 'mysterious artifact.'  Parker (and other characters) give Jack seemingly benign or mysterious objects.  They won't tell him what they're for, only that he'll know it when he sees it.  The problem here is that it's more often than not a mixture of Chekhov's gun and deus ex machina.  All seems lost, but this innocuous item that has been sitting in Jack's backpack for a few hundred pages is suddenly able to fix everything.  The other trope is needlessly withheld information.  This is particularly bad in The Talisman, because people who are on Jack's side refuse to tell him information that would help him.  In some cases, characters even make it clear that they can't say more, but why they can't is never explained or even hinted at.  Too much of the story relies on revelations that were inexplicably withheld from our hero.

That said, there are parts of the journey that, on their own, buoy up the work (The Sunlight Home is a pretty strong piece of horror writing in and of itself).  Jack is a reasonably complex character who the reader can really get behind.  His sidekicks get a bit infuriating before eventually developing beyond a couple grating character traits.


The Talisman has a sequel, 2001's Black House, co-written by Straub and King.  The two have said that they are interested in writing a third, but nothing has been officially determined.

If you're a fan of dark fantasy, The Talisman is a good choice.  I read a lot of Stephen King books in high school, and if I were to rank The Talisman on a scale of 10 (10 being The Stand or Dark Tower I-IV, and 1 being The Regulators or Dark Tower VI) I'd give it a strong 6.

1. The Talisman by Peter Straub and Stephen King
2. The Aquataine Progression by Robert Ludlum
3. The Sicilian by Mario Puzo
4. Love and War by John Jakes
5. The Butter Battle Book by Dr. Seuss
6.  ...And the Ladies of the Club by Helen Hooven Santmyer
7. The Fourth Protocol by Frederick Forsyth
8. Full Circle by Danielle Steel
9. The Life and Hard Times of Heidi Abromowitz by Joan Rivers
10. Lincoln by Gore Vidal