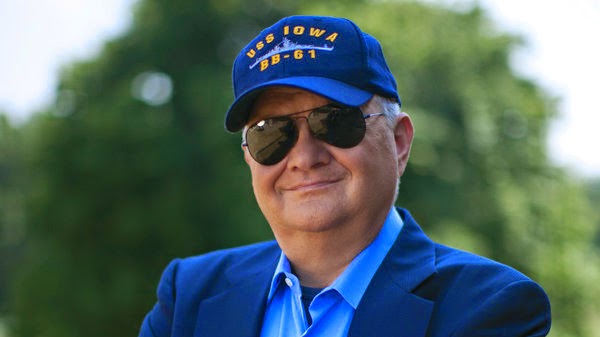 Tom Clancy (1947-2013) was born and raised in Baltimore, Maryland.  He attended Loyola College.  While there, Clancy joined the ROTC, but was unable to serve due to poor eyesight.  He graduated in 1969, and married Wanda Thomas King, with whom he had four children.  Throughout the 1970s, he worked as an insurance agent, eventually buying a small firm from his wife's grandfather.  A military history buff, Clancy began writing a novel, The Hunt for Red October, which was published by the Naval Institute Press in 1984, to unexpected commercial success.  His second novel, Red Storm Rising (1986), and his third novel, Patriot Games (1987) were the second-bestselling novels of their years of release.  His fourth and fifth novels, The Cardinal of the Kremlin and Clear and Present Danger, respectively, took the number one spot.   Since then, Clancy has written or co-written fourteen novels, ten of which have ended up on the annual top ten list.  He has also written or co-written thirteen books of non-fiction.  As well as creating series bearing his name, written by other authors. Clancy and his wife separated in 1996, divorcing in 1999.  Later in 1999, he married Alexandra Marie Llewellyn, whit whom he had one daughter. Clancy died at Johns Hopkins in 2013. 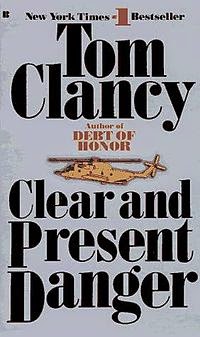 Clear and Present Danger details a covert war between the U.S. government and the Colombian drug cartels, who have enlisted the services of former Cuban spy Felix Cortez.  The plan is put into motion by the president amid reelection concerns and with pressure from the new national security advisor, James Cutter.  Jack Ryan is promoted to Deputy Director (Intelligence) after his superior/mentor is diagnosed with terminal cancer.  Much of the novel is split between the details of the campaign against the cartels, and Ryan's attempts to uncover evidence thereof.

The campaign itself mostly follows Clancy staple John Clark, and a young light infantry soldier, Domingo Chavez.  Domingo is part of an elite crew air-lifted in to the Colombian mountains, at first only identifying drug planes (which are later shot down by the American fighter jets), but then moves to destroying drug production sites and everyone in them, and even later, full-on missile strikes against cartel strongholds.

More so than The Cardinal of the Kremlin, Clear and Present Danger gets bogged down by its own attention to detail.  This can be annoying, but generally only lasts for short periods at a time.  It also gets didactic at points.  The novel ends with a character basically asking Jack Ryan to tell him the moral of the story.  As a military/political thriller, though, it's a fun read.

After the fall of Berlin Wall in 1989, and the close of the Cold War in general, a new enemy was needed for a Clancy novel.  Rather than imagine a shadowy conspiracy a la Ludlum, Clancy looked to the U.S.  Clear and Present Danger was written near the end of what's become known as the crack epidemic, the period from 1984 until the early 90s

On the one hand, Clancy does a good job of explaining the difficulty in launching full scale military action against the cartels, on the other, he ignores U.S. involvement in the international drug trade.  The Kerry Committee Report, published in 1989, found strong evidence of U.S. intelligence agencies providing money to drug traffickers. In another case of historical irony, similar to that of the funding of the Mujaheddin in The Cardinal of the Kremlin, the US Army School of the Americas (now known as WHINSEC) trained two of the founders of the notorious Los Zetas cartel.  As with the previous Clancy novel on the list, he tends here to portray the U.S. government as being exclusively composed of well-intentioned individuals, who occasionally act in error.

In 1994, Clear and Present Danger became the third Clancy novel to receive a film adaptation. 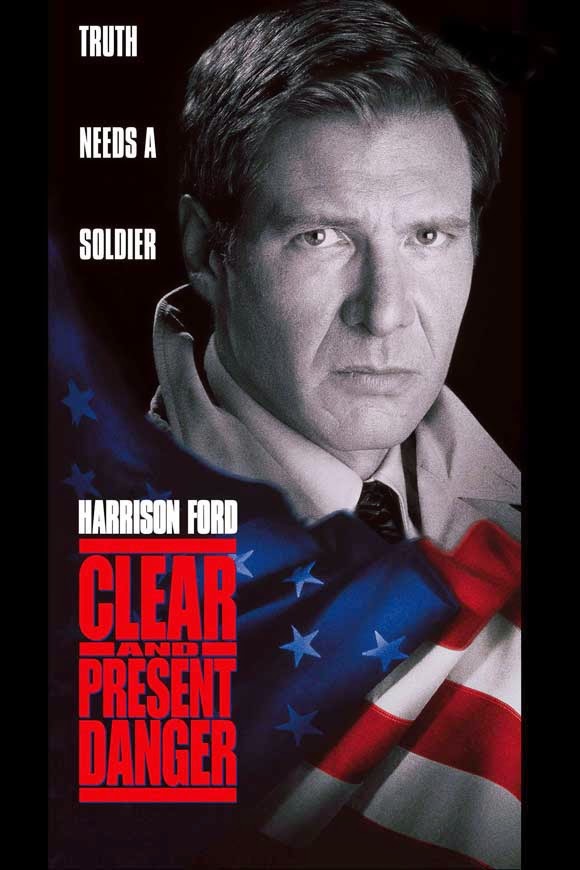 Harrison Ford plays Jack Ryan (reprising his role from 1992's Patriot Games.  Ryan was played by Alec Baldwin in 1990's The Hunt for Red October.  In 2002's The Sum of All Fears, he would be played by Ben Affleck, and is played by Chris Pine in 2014's Jack Ryan: Shadow Recruit).  John Clark is played by Willem Dafoe (and played by Liev Schreiber in The Sum of All Fears).  The film was directed by Phillip Noyce, best known for his action movies (most recently Salt (2010) and The Giver (which, I know, wasn't action-packed in the books, and probably shouldn't have been an action-ish movie at all).   The film was a major financial success.

Overall, Clear and Present Danger, like The Cardinal of the Kremlin, is a book for people who are already fans of the action/military thriller genre.  It's got its flaws, but remains an entertaining read.

1. Clear and Present Danger by Tom Clancy
2. The Dark Half by Stephen King
3. Daddy by Danielle Steel
4. Star by Danielle Steel
5. Caribbean by James Michener
6. The Satanic Verse by Salman Rushdie
7. The Russia House by John le Carré
8. The Pillars of the Earth by Ken Follett
9. California Gold by John Jakes
10. While My Pretty One Sleeps by Mary Higgins Clark