I'm a pretty big Vonnegut fan, and I felt I might as well get around to ranking all 14 of his novels.  So here goes. 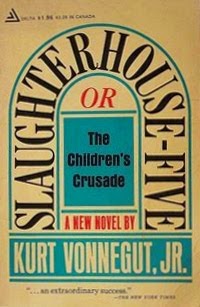 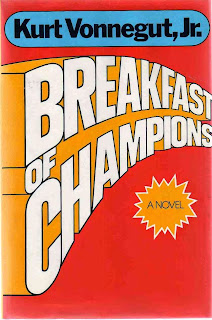 Despite Vonnegut himself giving this novel a C grade (in Palm Sunday), it is here that Vonnegut takes his technical experimentation to its greatest heights. 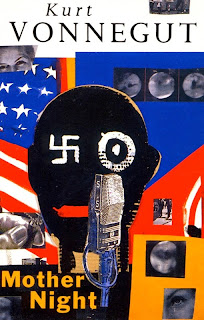 The memoir of Howard Campbell Jr., an American dramatist in Germany during the outbreak of WWII, he is asked  by the Nazis to be a propagandist, and U.S. asks him to take the position so he could transmit encoded messages.  The novel deals with Campbell's guilt and his attempts to justify personal neutrality in a morally disastrous world. 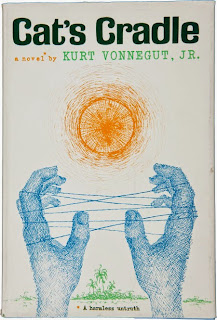 A parable for the Mutually Assured Destruction, Cat's Cradle lampoons mankind's self-destructive nature, as well as inventing Bokononism.  Is it any surprise this novel was accepted as a Master's thesis in Anthropology? 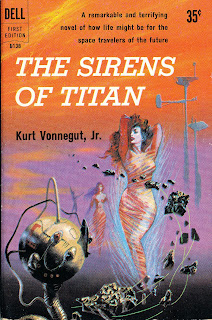 Part space opera, part investigation into the nature of free will, The Sirens of Titan is one of the great works of the Golden Age of sci-fi. 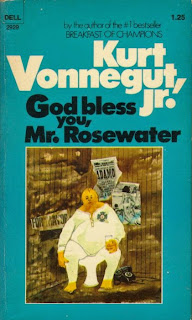 Eliot Rosewater is the rich heir of a rich and politically connected family.  But the town that bears his family's name is a slum.  This novel asks a question that's only becoming more and more relevant as our economy becomes more and more automated and digitized:  What do we do with people our economy doesn't need? 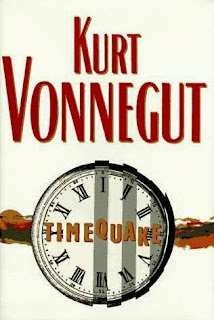 Vonnegut's last novel describes a timequake: time jumps backwards and everyone, though conscious of the future, is forced to relive the past on autopilot.  Meanwhile, Kurt Vonnegut is writing Timequake. 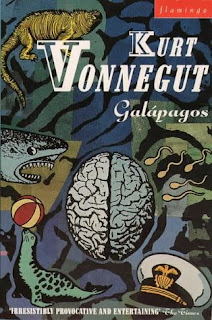 A disease has wiped out mankind's ability to reproduce.  The only people who aren't affected are a group of tourists stranded in the Galápagos Islands.  But, as natural selection takes it course, what exactly constitutes 'human' is about to change. 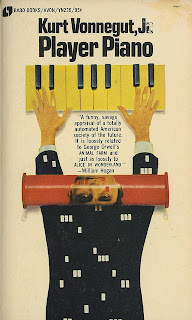 Vonnegut's first novel, briefly published under the title Utopia-14, Player Piano presents a dystopian future where almost all jobs are handled by machines.  Similar to God Bless You, Mr. Rosewater, it asks just what our society will do to those it no longer needs, and what, exactly, is the end goal of capitalism? 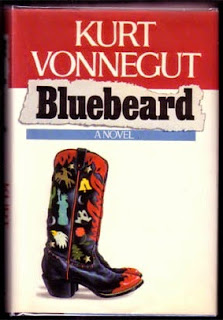 The autobiography of Rabo Karabekian, avant-garde abstract painter first seen in Breakfast of Champions.  While I know it's almost counter-intuitive to complain about lack of agency in a Vonnegut protagonist, the protagonists in this and the last four novels on this list seem to be almost completely apathetic to their own lives.  Even Billy Pilgrim, who believed everything he did was predetermined, spent time trying to convince people of that fact. 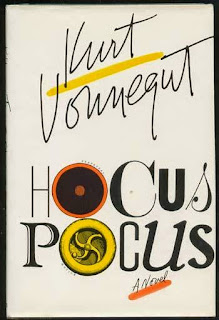 Eugene Debs Hartke is a teacher and Vietnam vet at a private school for wealthy but educationally challenged youngsters.  The novel takes the form of hundreds of scraps of paper written on while Hartke awaits trial for helping perpetrate a jailbreak at the nearby penitentiary. 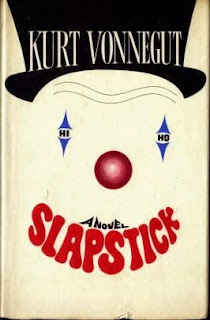 Slapstick seems like Vonnegut took every SF premise that was floating around in his mind and tied them all together in one novel.  There are plenty of individual passages and ideas I like, but the novel as a whole seemed aimless. 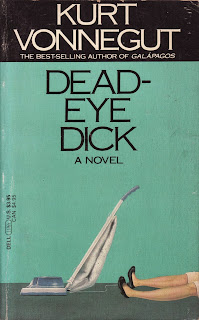 Rudy Waltz accidentally shoots a neighbor as a kid, leading to a lifelong trauma.  The entire novel is Rudy flashing back and forth from his present to scenes throughout his life (or, rather, the lives of people around him.  Waltz seems more of a documentarian than a character) and hinting at the complete destruction of Midland City. 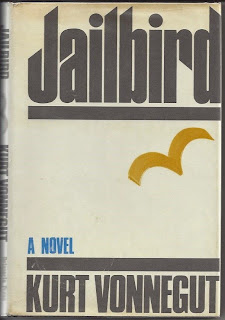 To me, Jailbird's protagonist, Walter Starbuck, was a ghost.  After serving many years as a minor accessory in the Watergate scandal and released from minimum security prison, and finds himself in the middle of a mega-corporation conspiracy.  The parts of this novel that deal with the Red Scare are good, but come few and far between.  Overall, I just couldn't get myself to care about what was going on when the protagonist clearly didn't.
Posted by Matt Kahn at 5:30 AM