1982: E.T., the Extra-Terrestrial by William Kotzwinkle 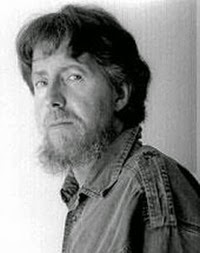 William Kotzwinkle (1938-      ) was born in Scranton, Pennsylvania.  He dropped out of Penn State in 1957 and headed to New York where he worked as a short-order cook and later as an editor before publishing his first piece, a children's story titled The Fireman (1969).  A prolific author, he published eleven children's books and eight adult novels in 1970s, winning the O. Henry Prize in 1975 and the World Fantasy Award for Doctor Rat (1976).  In 1982, Steven Spielberg, impressed by Kotwinkle's novel about the Greenwich Village art scene (The Fan Man, 1974), asked Kotzwinkle to write the novelization of Melissa Mathison's screenplay for his upcoming film, E.T., the Extra-Terrestrial (1982).  This prompted a sequel, E.T., the Book of the Green Planet: A New Novel (1985).  (He also wrote the novelization of Superman III, which we as a society should just collectively forget.)  Since then, Kotzwinkle has remained prolific and eclectic, writing everything from a novel about a fading Hollywood star who slips into the consciousness of a WWII German black-marketeer (The Exile, 1987) to a series of children's books with the self-explanatory title, Walter, the Farting Dog. 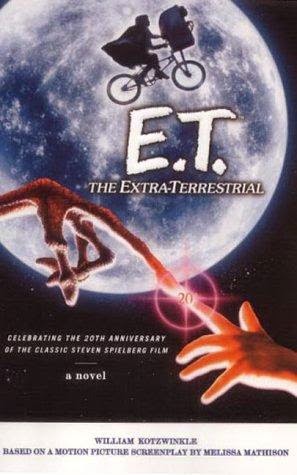 While I think it's safe to assume everyone here has seen Steven Spielberg's E.T., a quick recap for anyone who's forgotten.  A spaceship lands in a forest and a bunch of aliens start collecting plant samples.  Government officials show up, causing the aliens to evacuate, except for one who gets left behind.  He finds his way into a suburb and befriends Elliott.  Elliott, along with his big brother and little sister, have to hide E.T. from their mom and the outside world while helping him build a device to send a signal to his shipmates.  E.T. and Elliott develop a somewhat telepathic connection, they both get sick, but recover.  The mom discovers E.T. as do the government agents.  But they escape and E.T.'s ship comes back for him and he flies off into the cosmos.  Roll credits.

Kotzwinkle's novelization is actually highly-regarded as a stand-alone piece of Sci-fi. One thing that the novel does that the film couldn't do is tell much of the story through E.T.'s perspective.  In addition to learning a lot about E.T.'s background (he's 10 million years old, for example), we find out he can communicate with plants and animals (and cheese apparently).  This does lead to interesting questions about the ethics of eating a salad when all its components are sentient.

The novel, like the film, starts with the ship's landing.  In this version, E.T., we discover, is a bit of a daredevil, who decides to sneak into the suburb, something none of his species had done before. This is why he, specifically, gets left behind.  The novel then cuts to Elliott's household, where Elliott and his friends are playing Dungeons & Dragons while his mother, Mary, sits in the other room doing her best Jewish Mother impression:

"Have I raised my babies to be Dungeon Masters? For that, I work eight hours a day?"

While the mother may have been a bit uptight in the movies, in the novel she comes across as uptight and extremely paranoid. After the family dog, Harvey, barks at E.T.'s passing, Mary, upstairs notes that:

"The animal was ridiculously suspicious of things that passed in the dark; it made her feel the neighborhood was filled with sex fiends."

Guess how many times the words "pervert" or "sex fiend" show up in  a novelization of E.T.?  The answer is "a lot more than you'd expect."  After Elliott throws a ball into the toolshed, only to have something (i.e. E.T.) throw it back out at him, he comes back into the house, screaming about something hiding in the shed.

"She drew herself up, tossed her head bravely, and grabbed the flashlight.  If it was a sex fiend, she'd go out and, like a mother partridge, offer herself as a decoy.

She just hoped it was a halfway charming fiend."

Putting aside any ornithological uncertainties I might have, what the heck?!  The mom consistently comes across as a twitching bundle of neuroses, insecurities, and delusions. The problem is, I keep expecting her to be a mom more in line with the movie, flawed, but not on the verge of a complete mental breakdown.  The other characters don't fare any better.  Here's our description of Elliott:

"All in all, a blossoming neurotic, a twerp. His path in life led nowhere, but if a place could be pointed to on a map of the soul, Elliott's destination was mediocrity, miserliness, and melancholy; the sort of person who falls under a train."

It also recontextualizes some famous scenes.  One of the most memorable scenes in the movie is when Gertie (the little sister, played by a six-year-old Drew Barrymore) meets E.T. for the first time.  She screams which scares E.T. into screaming and slapstick. But what went through Mary's mind?

"'Oh, God...' She rose from the kitchen table.  What savage ritual was her family enacting now?  It sounded like they were pulling Gertie's pants down.  In twenty years, Gertie'd be trying to recollect it, on a psychiatrist's couch."

SERIOUSLY?!  Why is this the first thing that comes into her mind?  She is pathologically determined to believe her kids are all drug-addled sexual deviants, and it's really freakin' weird.

But to be fair, she may have good reason to think this, considering Elliott's friends:

"He stared at Elliott, who, so far as he knew, had been like every other brother in the world, taking pleasure in playing with his sister only when the game was interesting--for example, tickling her until she nearly had a nervous breakdown, a game he often enjoyed with his own sister.  Or tying her to a tree and then tickling her.  Or crashing into the bathroom with four or five other guys while she was taking a bath, and then standing around laughing while she screamed.  Those were the right games.  But this?  Thoughtful drops of spittle ran of Greg's lower lip, onto his neon shirt."

The tone of the novel is incredibly different from that of the movie.  As I mentioned earlier, the novel is largely through E.T.'s perspective, which, I think, kind of explains much of this tone shift.  The movie is about an average kid who finds an alien and has to help the alien get home.  The novel is a ten-million year old botanist from a technologically advanced society who finds himself stranded amidst a bunch of far inferior creatures (although, E.T. frequently comes across less as a genius and more as some kind of slapstick-savant).  The major conflict then becomes: How can E.T. get this fundamentally dysfunctional family to pull itself together and get him off this planet?  The tone is much less innocent and wondrous, although it frequently has moments of awe and depth.

Strangely enough, I liked the novel because of it's relative darkness, that is, once I got past my initial confusion.  Once I stopped constantly comparing it to my memories of the film, I realized that it's a solid SF/F young adult novel.

But how did a novelization, albeit of a very popular film, get to be the #1 bestseller of the year.  This is at least partially a case of technological limitations.  The first VCR's were released in 1970's, but were extremely expensive and very few films were available on VHS.   Even into the beginning of the 1980s, the future of the VCR was unclear.  VCR was competing with the technologically superior Betamax, and the important Sony vs. Universal case didn't reach the supreme court until 1984.  The fact is, in 1982, if you wanted to rewatch a movie you either had to shell out a lot of cash for a VHS or Betamax (and for copy of the film) or wait for it to air on TV.  Or you could buy the novelization. Novelizations filled a niche that really doesn't exist anymore. 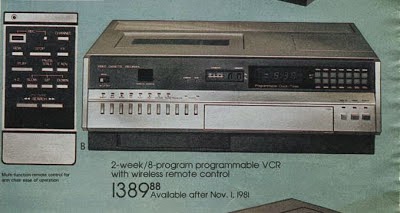 While E.T. is still famous, Kotzwinkle's novelization had some notable consequences.  I personally believe (though can't prove), that the success and quality of his E.T. was responsible for Kahn's Return of the Jedi taking the top spot in 1983.  It also influenced the design of the (since replaced) E.T. ride at Universal Studios (this may seem like a useless tidbit, but anyone who grew up going to Universal Studios will have many fond memories of this).

Kotzwinkle's E.T. is a strange and entertaining supplement to the film, with all the events filtered through a radically different perspective.

1. E.T., the Extra-Terrestrial by William Kotzwinkle
2. Space by James Michener
3. The Parsifal Mosaic by Robert Ludlum
4. Master of the Game by Sidney Sheldon
5. Mistral's Daughter by Judith Krantz
6. The Valley of Horses by Jean Auel
7. Different Seasons by Stephen King
8. North and South by John Jakes
9. 2010: Odyssey Two by Arthur C. Clarke
10. The Man from St. Petersburg by Ken Follett

The Indian in the Cupboard by Lynne Reid Banks
The BFG by Roald Dahl
Noises Off by Michael Frayn
Schindler's Ark by Thomas Keneally
Shoeless Joe by W. P. Kinsella
The Color Purple by Alice Walker