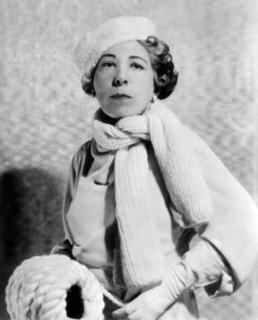 Edna Ferber (1885-1968) was born in Kalamazoo, Michigan to a Jewish family.  In her childhood, her family moved across the Midwest.  After graduating high school, she briefly worked as a journalist for the Appleton Daily Crescent and the Milwaukee Journal.  Her writing career was strong, winning the Pulitzer Prize for So Big (1924) and was a member of the Algonquin Round Table, a group of writers, performers, and critics that met daily at the Algonquin hotel in New York which included the likes of Dorothy Parker and Harpo Marx.

Ferber never married nor had children.  Most reports of serious romantic relationships are based largely on speculation and rumor.  But she had a career that spanned over fifty years.  In 1931, her novel Cimarron (1929) became the fourth film to win an Oscar for best picture.  Giant (1952) is probably her best known work at present, due in no small part to the film version starring James Dean.

So what's this book about?
So Big is titled after the protagonist’s son’s nickname.  The protagonist is Selina De Jong nee Peake, a young woman who goes to the Dutch faming community on the outskirts of Chicago as a schoolteacher.  Despite the culture shock, she soon falls for and marries the farmer Pervus De Jong.  When Pervus dies, Selina raises her son while taking over the farm.

While the story as I’ve described it so far may not seem particularly special, Selina De Jong is an incredibly well-drawn character.  Her relationship with the town and, more importantly, her relationship with her son as a child and when he becomes a successful bond broker, is beautifully rendered.
So Big is as much a portrait of Dutch farming communities at the turn of the century as it is a record of how the world changed from the 1890s to the 1920s.

Why was it so popular?
So Big, like Main Street, and to one extent or another, many of the books so far on the list, deals with role of immigrants and the poor in society, and more specifically, the undeserved disdain they receive from those that are better off.  But not just anyone that is ‘better off.’  So Big isn’t taking a stance against wealth, but against wealth for the sake of wealth.  One of the novel’s supporting characters is a packing industry tycoon, one of the many of his kind that sprung into existence in the before the anti-trust laws dissolved their empires.  This character is shown favorably.  He built his company from the ground up and, as evidenced by his continued friendship with his low-level employees and personal affectations, has never forgotten where he came from.  His children and grandchildren are not represented as well and it is these characters (and those of their ilk) that are seen as being disdainful to the poor.

Also, within the year of 1924, a silent film version was made featuring the extremely popular Colleen Moore. 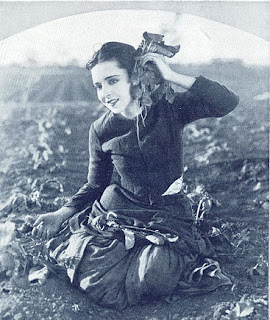 If you wanted to see the film, you're out of luck.  It's considered a lost film, with only copies of the trailer existing.

Why haven't I heard of it?
While the topic of poor migrant workers is as valid today as it was ninety years ago, the nature of the topic has changed.  We no longer have large numbers of immigrant independent small farm owners.  Additionally, the subject of “turn of the century Dutch immigrant farming community” does not sound interesting.

Should I read it?
Yes.  Well-written with a good story, the best thing about So Big is the characters.  Even the bit characters are complex enough to dig into.  Even if you’re like me, and the subject is not an enticement, I think you’ll be pleasantly surprised.