Arguably his most famous story, Jorge Luis Borges’s Tlön, Uqbar, and Orbis Tertius is about an encyclopedia of a non-existent world.  The encyclopedia in his story is so complete that it starts to supplant reality.  While the following have remained fictional (as far as we know), they are no less amazing.

The Voynich Manuscript:
Presumably dating from the 15th century, the Voynich Manuscript is written in an unknown (or maybe indecipherable) language.  It is filled with illustrations of non-existent plants and astronomical charts.
Named after the book dealer who brought it to popular attention in 1912, the Voynich manuscript is believed to have been passed down through history, at one point being bought by Emperor Rudolf II of Austria.  To this date, no one has been able to decode the manuscript, or for that matter, determine whether or not there is even anything to decode. 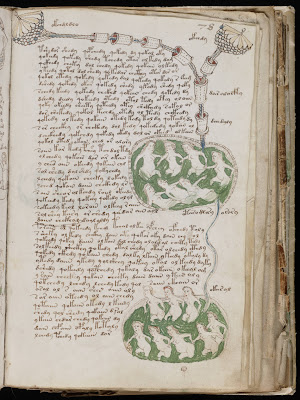 Created between 1976 and 1978 by the Italian painter, Luigi Serafini, the Codex Seraphinianus is an encyclopedia in surrealist style, containing what may or may not be an intelligible language.  Perhaps the most amazing detail is the mindblowing images. 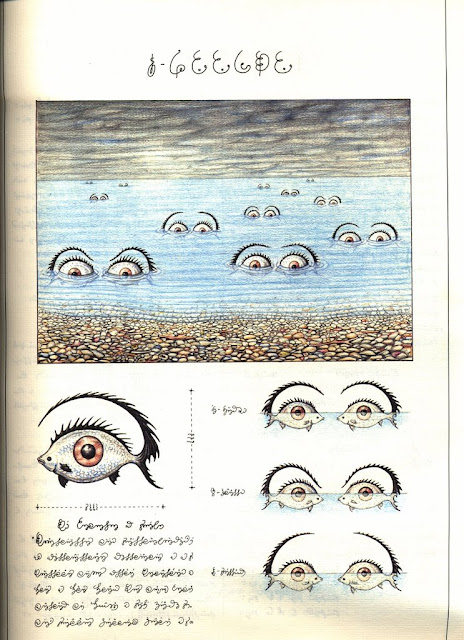 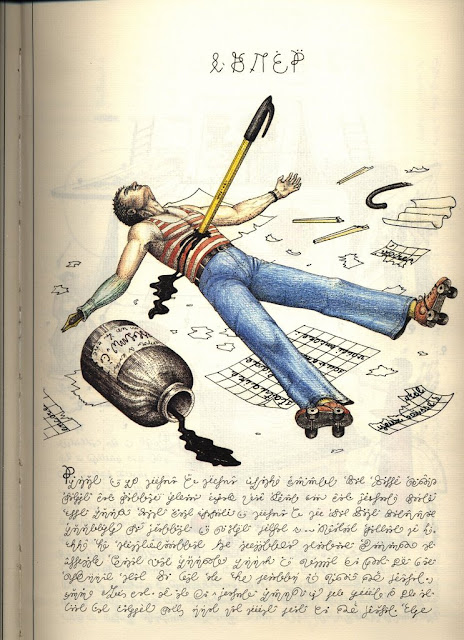 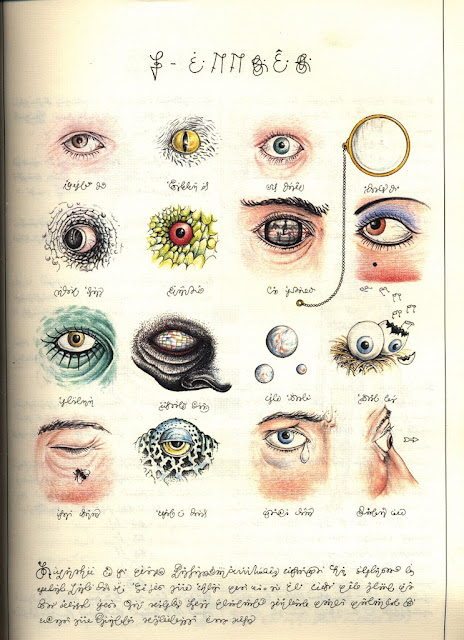 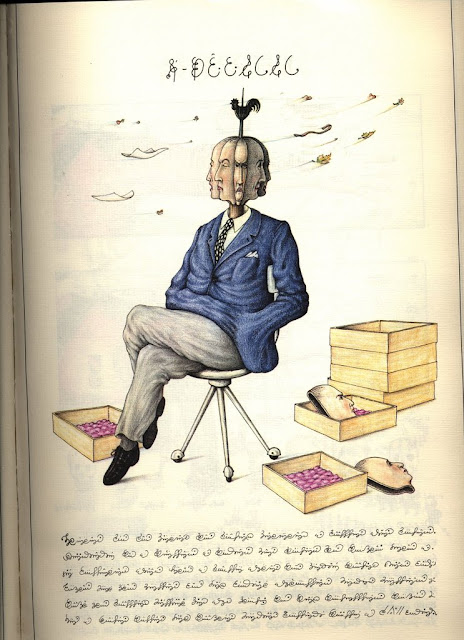 If you want your own copy, it’ll probably run you somewhere in the area of at $500.

People know  Tolkein as the author of the Lord of the Rings trilogy and the Hobbit.  It’s common knowledge that he created complete languages for the various races that populate Middle Earth.  But more than that, Tolkein created a complete world history.  In fact, between 1983 and 1996, Tolkein’s son edited and published twelve volumes of Middle Earth’s history, not counting the Silmarillion.

Thousands upon thousands of pages detailing the history, mythology, and languages of a world that never existed.
Posted by Matt Kahn at 1:43 AM