1940: How Green Was My Valley by Richard Llewellyn 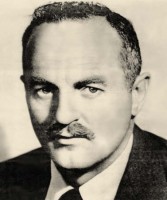 Richard Daffyd Vivian Llewellyn Lloyd (1906-1983) was born in London, England to Welsh parents, a fact only discovered after his death.  Throughout his life, he claimed that he had been born in Pembrokeshire, Wales.  He was, for much of his life, considered one of the preeminent literary figures of Welsh culture.

At the age of sixteen, he “was sent to Italy to learn hotel management” and “studied painting and sculpture in [his] spare time.”  While there, he worked with Italian filmmakers and was first introduced to the cinema.  After spending several years in the army, he got a job playing film extras, and was first introduced to professional writing as “a reporter on a penny film paper.”  In 1938, his first play (Poison Pen) was produced.  In 1939, he published his first novel, How Green Was My Valley, which became an international bestseller (and the subject of this post).


Llewellyn served with the Welsh Guards in World War Two.  He proceeded to have a long career in the arts, writing many novels, as well as several plays and screenplays.  He passed away in 1983.

How Green Was My Valley tells the life story of Huw Morgan as he prepares to leave the Welsh valley where he'd lived much of his life.  Coming from a family of coal miners, Huw's family deals with the ramifications of a changing economy and way of life, as disaster, politics, and relationships slowly dismantle the Morgan family.

As sad as that last paragraph sounded, the story is generally nostalgic, as Huw pines for a lost time when the world was simpler, or as the case may be, when the Welsh coal miners could go about their life without interference from the outside world.  The story is told through the lens of Huw's nostalgia, which gives it a tone of sadness and warmth throughout.

There are certain peculiarities in style due to the Welsh background of the story.  There is a list of name pronunciations on the last page of the edition I used, explaining names like Meirddyn (Mire-rr-thin) and Cynlais (Kunn-lice).  Likewise, there are certain turns-of-phrase that I haven't seen elsewhere, e.g., "There is good were those nights..."  ("There is [adjective] is/were the [noun]" appears frequently throughout the novel.)

Even with the foreign setting, How Green Was My Valley was an immediate success in the U.S.  Like The Grapes of Wrath, The Yearling, Gone with the Wind, and The Good Earth, How Green Was My Valley focuses on an idyllic vision of rural life, a vision that was shattered by the changing industry in America. But like Gone with the Wind, the 1941 movie (directed by Grapes of Wrath director John Ford), is largely responsible for most of the notoriety the books still maintains. 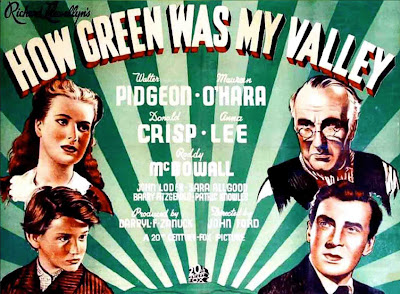 How Green Was My Valley is an emotionally compelling story, and while it does deal with important social and political issues, those issues are less to the forefront than they are in Grapes of Wrath.  (e.g., unionization is important to the story primarily in how it causes a schism between members of the Morgan family).  It's a good read, but if you don't like heavy nostalgia, you might be better off with something else.