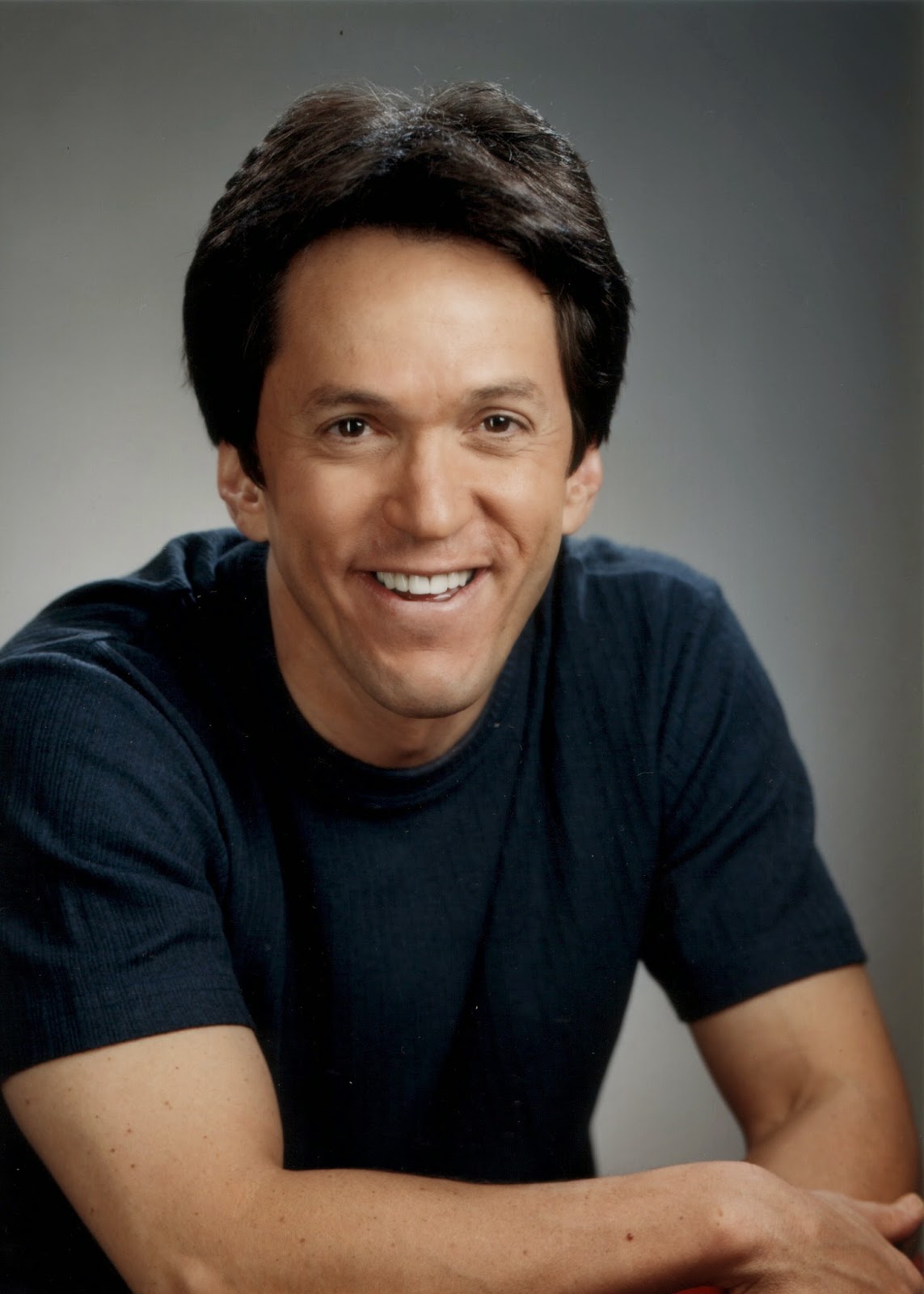 Mitch Albom (1958-    ) was born in Passaic, New Jersey, the son of Ira Albom, a corporate executive, and Rhoda Albom, an interior designer.  He attended Brandeis university, receiving a B.A. in 1979, and an M.B.A. from Columbia University in 1982. Albom embarked on a popular and critically successful career as a sportswriter and broadcaster in Detroit, winning numerous awards for his sports columns.  In fact, his first six books include four anthologies of his sportswriting (The Live Albom (1988), and Live Albom II-IV (1990, 1992, 1995)) and two long-form non-fiction sports books.  His major breakthrough as a popular writer came in 1997 with the publication of Tuesdays with Morrie, documenting his conversations with terminally ill Morrie Schwartz, a former professor of his from Brandeis University.  The book was promoted by Oprah, who also produced a made-for-TV movie of the book in 1999 starring Hank Azaria and Jack Lemmon.  Albom's first novel, The Five People You Meet in Heaven (2003), which was a huge commercial success.  He penned two plays, Duck Hunter Shoots Angel (2004) and And the Winner Is (2005). His 2006 novel, For One More Day, was the bestseller of that year.  Since then, Albom has written one non-fiction book, Have a Little Faith (2009), and two 'inspirational' novels, The Time Keeper (2012) and The First Phone Call from Heaven (2013).  Albom currently hosts a nationally aired general talk show, and a weekly sports show.

For One More Day starts with a prologue in which an unnamed narrator shows up in the small town of Pepperville Beach, and meets Charles "Chick" Benetto, a washed up major league baseball player who had tried to kill himself.  The majority of the novel is Benetto telling his story.  In broad strokes: His parents got divorced when he was a kid, and the dad, who was a jerk and the reason Chick became a baseball player, moved away.  He dropped out of college to play major league baseball, made it to the world series, lost, got injured, his marriage fell apart, his mom died, he became an alcoholic, and now, after finding out he wasn't invited to his daughter's wedding, he decided to kill himself.  His attempt to kill himself is unintentionally bizarre.  He gets drunk and drives back to Pepperville Beach, only to crash into a truck on the offramp and he gets thrown clear of the car.  That he survives is believable, that he survives and is then able to walk to a water tower, climb it, and throw himself off, and survive that, seems more like a gag from the Simpsons.  Anyway, after he throws himself off the water tower he walks to (or hallucinates himself walking to) his childhood home where —Surprise!— his dead mother is there and acting like nothing happened.  Chick gets to talk about how much he missed her while his mother goes around comforting a few people who are soon to die.

There is a significant difference between sentimental and saccharine, and this novel is exclusively the latter.  It's also unashamedly pandering to a specific demographic, namely mothers.  I realize that sounds weird, but let me explain.  The vast majority of the novel is Chick lamenting not appreciating his mother more. He even fills up a journal listing every time his mother stood up for him and every time he didn't stand up for his mother.  The former includes times when his mother really shouldn't have taken his side (e.g. Chick wanted to invest in a sports bar after his career ended.  His wife points out that Chick shouldn't, as he knows nothing about running a sports bar.  His mother backs him up.  The sports bar is financially disastrous.) and the latter includes a middle-aged Chick regretting every instance of rudeness from his childhood.  I started writing what platitude we were supposed to learn from each of these in my copy.  One example, taking up two pages of a less than 200 page novel, tells us about when Chick was six years old, and his mother made him a rag and toilet paper mummy costume for the school Halloween parade.  It starts raining during the parade, and the costume is ruined, causing Chick no end of embarrassment.  "When we reach the schoolyard, where the parents are waiting with cameras, I am a wet, sagging mess of rags and toilet paper fragments....I burst into tears.  'You ruined my life!' I yell."  So remember, if your six year old child is ever upset at you, he'll regret it deeply when he grows up.  In fact, this entire novel seems to be an extrapolation of "You'll miss me when I'm gone."

Look, I have a good relationship with my parents (Hi, Mom!), and, like any child who ever existed, there were times when I was a real brat.  But I think everyone in my family is well-adjusted enough to not obsess over every temper tantrum I had when I when I was still using training wheels.  Family is important, and I don't mean any disrespect to people who dedicate their lives to their family, but the mother in this novel has absolutely no interests besides her kids.  They are her entire life.  If she did or thought anything that wasn't about them, it didn't make it into the novel.  And this novel panders to this personality.

While I generally try to avoid giving away endings, I want to break that rule here.  After the monologue that makes up the majority of the book, there's an epilogue where the unnamed narrator from the prologue talks about Chick's death natural causes a few years later.  I only mention the epilogue because the last paragraph reveals that the unnamed narrator was Chick's daughter the whole time!  What a twist!  Except, it doesn't change anything.  At all.  Nothing is resolved by this, nothing is changed or reinterpreted.  I guess Albom thought books should end with a twist, so he decided to hide an irrelevant piece of information and reveal it at the end.  Is it a surprise?  Yes, in the sense that no one was expecting it. But no one was expecting it because it was completely beside the point.  It doesn't strengthen the novel in anyway, it just confuses being unpredictable with being original.  So, standard formulaic bull.

Beyond pandering to a specific demographic, Albom had a lot going for him with this book.  Beyond having his own show, there was the Oprah connection.  Her TV movie version of For One More Day, starring Michael Imperioli (The Sopranos) and Ellen Burstyn (The Exorcist, Requiem for a Dream) came out in 2007. 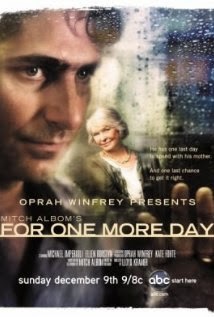 But more than that, For One More Day was the first novel Starbucks selected for its Book Break program.  According to the linked New York Times article, "Starbucks [was] selling “For One More Day” in about 5,400 stores in the United States..."

So, its success isn't that surprising.  A lot of people bought it, but I don't think you should, unless you fall into the particular demographic Albom is writing for and want to be pandered to.