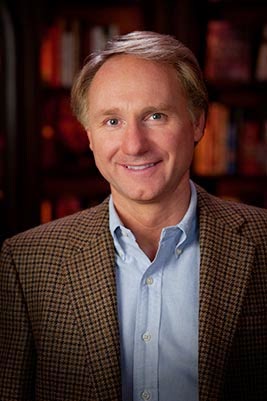 The Da Vinci Code  The Lost Symbol starts when Harvard symbologist Robert Langdon is summoned to Paris Washington D.C. by an older, established symbologist.  After he arrives, he finds himself in the world famous Louvre U.S. Capitol Building, where he finds the older symbologist's corpse severed hand, surrounded by arcane symbols.  This older symbologist was a high ranking member of the Priory of Sion the Freemasons, and the location of a secret and powerful item is being sought by a deadly albino man covered in tattoos.  With a killer on one hand, and a detective CIA officer of questionable loyalties on the other, Langdon must find the secret with the help of the older symbologist's daughter sister, before it's too late.

On the one hand, Brown spent less time blatantly fabricating facts this time around.  Not that it did much good.  To clarify before I go into this, historical inaccuracy isn't itself the problem. The problem comes from the fact that Robert Langdon is supposed to be an expert, but consistently ignores, or rather, is unaware of, the obvious answer to questions when such answer would make things less mysterious.  I'm no expert on history, yet I still seem to know more than Langdon in some cases than others.  One common topic in the early parts of the novel is the Greco-Roman influences on D.C. architecture.  In addition to their masonic background, Langdon points out the most mysterious aspects of this influence, completely ignoring the fact that the Greeks and the Roman Republic were the first great democratic systems.  It ignores the rather interesting Society of the Cincinatti of which George Washington, James Monroe, and Alexander Hamilton were founding members.  The theme of apotheosis is also prominent, with Langdon describing The Apotheosis of George Washington and a statue of Washington as Zeus that used to be on display.  Somehow, he's completely unaware of the fact that the 'good' Roman emperors were elevated to divinity after their deaths by the Roman senate.  Because simply continuing the Greco-Roman motif isn't that mysterious.

There's a scene in the book where Langdon is giving a lecture to a bunch of college freshmen, and he just, like, blows their minds, by pointing out that taking communion and bowing before the cross consists of symbolic cannibalism and bowing before a torture device.  And I realized that this is Brown's attitude toward his audience in a nutshell.  Except Langdon would be less of a world-renowned Harvard professor and more of a low-tier community college professor, or a guest host on Ancient Aliens.  Because the fact is, Robert Langdon comes across as a guy who memorized a bunch of facts, but ignores the obvious explanations and relevant connections.  He's a hack.

But as to The Lost Symbol, it has some specific problems The Da Vinci Code didn't.  First, and I'm sorry if I spoil anything for you, but nothing is really at stake.  At least in The Da Vinci Code, the discovery of Magdalene or of Jesus' descendants would have massive implications, theologically and politically.  In The Lost Symbol what's being sought is, well, symbolic.  I mean, imagine if Langdon found what the Priory of Sion was hiding, and it turned out there was no grail, the real treasure was friendship.  It's basically that bad.  It also ends with a twist regarding the bad guy, except the twist is completely pointless.  Another spoiler alert.  The older symbologist was extremely wealthy, and his son was a irresponsible party boy.  After however many attempts to save him, he decided to let his son suffer the consequences.  His son was arrested for drug crimes in Turkey, and rather than bribe the guard to release the son into his father's custody, the father decided to go through the official channels with the embassy.  The son's cellmate and the guard killed the kid, and took his considerable fortune, and the cellmate then killed the guard.  The cellmate soon grew bored with the good life, and saw a special on the freemasons, talking about a secret masonic pyramid.  He remembers that the son told him he was offered a small pyramid by his father in lieu of his share of the family fortune.  This sets the cellmate off on his quest.  He gets some tattoos, changes his name to Mal'Akh, and starts killing people.  In the end, we find the twist:  Mal'Akh was the son the whole time!  He and the guard killed his cellmate, then he killed the guard and ran off with his money because his dad left him in prison.  So, this irresponsible millionaire playboy, who as far as we know has done nothing worse than some recreational drugs, decides to murder two people?  Especially considering he could have just bribed the guard and bought a fake ID, this makes no goddamn sense.  Twist endings are supposed to explain inconsistencies, not create them!

This book is, to borrow a phrase I used frequently in my review of The Da Vinci Code, bullshit.  Robert Langdon is to history and art what the cast of The Big Bang Theory is to math and science: caricatures that only make sense when you know absolutely nothing about the subject.

1. The Lost Symbol by Dan Brown
2. The Associate by John Grisham
3. The Help by Kathryn Stockett
4. I, Alex Cross by James Patterson
5. The Last Song by Nicholas Sparks
6. Ford County by John Grisham
7. Finger Lickin' Fifteen by Janet Evanovich
8. The Host by Stephenie Meyer
9. Under the Dome by Stephen King
10. Pirate Latitudes by Michael Crichton

The Year of the Flood by Margaret Atwood
The Women by T.C. Boyle
Chronic City by Jonathan Lethem
Wolf Hall by Hilary Mantel
Inherent Vice by Thomas Pynchon