2010: The Girl Who Kicked the Hornet's Nest by Stieg Larsson 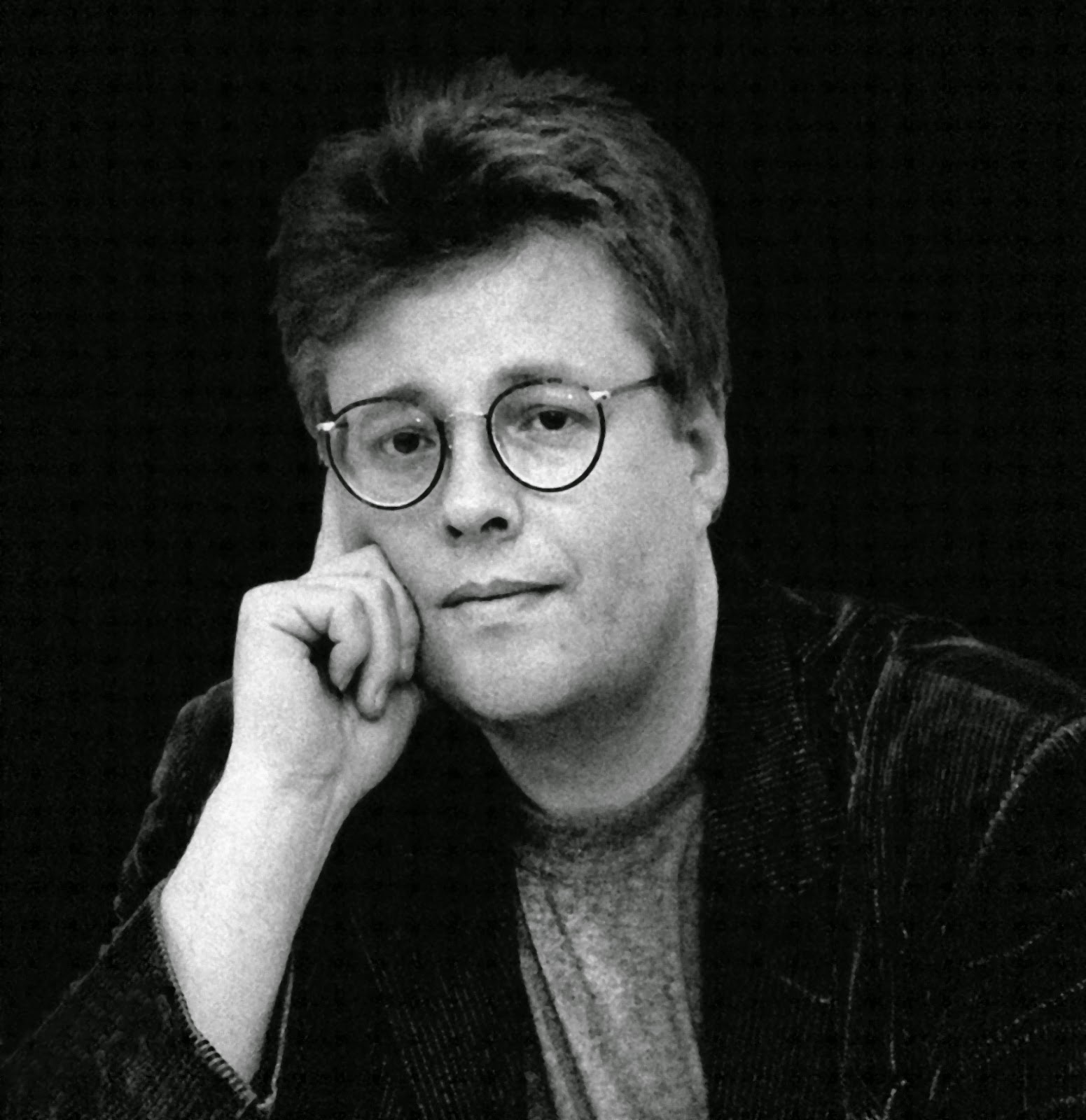 Karl Stig-Erland Larsson (1954-2004), better known as Stieg Larsson, was born in Västerbotten, Sweden, where he lived with his grandparents.  As a teenager, he began editing science fiction fanzines.  In 1977, he moved to Stockholm, where he continued his involvement with the SF community, while working for a news agency.  He joined the Communist Workers League and was known for his journalism and activism exposing white-supremacist and totalitarian groups.  He founded the Expo-foundation, which researched right-wing extremist groups and published exposés of their findings, which led to a steady stream of death threats.  He co-wrote four non-fiction books, Extremhögern (The Extreme Right) (1991), with Anna-Lena Lodenius; Sverigedemokraterna: Den nationaella rörelsen (Sweden Democrats: The National Movement) (2001), with Mikael Ekman; Sverigedemokraterna från insidan: Berättelsen om Sveriges största parti utanför riksdagen (Sweden Democrats from the inside: The Story of Sweden's Largest Party Outside Parliament) (2004), with Maria Blomquist and David Lagerlöf; and Debatten om hedersmord: Feminism eller rasism (Debate on Honor Killings: Feminism or Racism) (2004), with Cecilia Englund.  (N.B.: Title translations are done through google translate, so no guarantee on accuracy.)

Larsson started writing fiction as a hobby in 2001, and was partway through his third novel when he approached a publisher.  Larsson died unexpectedly of a heart attack in 2004, before any of his novels were published.  The first novel, Män som hatar kvinnor (Men Who Hate Women) (2005) was translated to English by Reg Keeland and retitled The Girl with the Dragon Tattoo (2008).  His second novel Flickan som lekte med elden (The Girl Who Played with Fire) was published in Swedish in 2006 and English in 2008.  His last complete novel, Luftslottet som sprängdes (The Aircastle that Blew Up) was published in 2007 and translated into English 2010.


The Girl Who Kicked the Hornet's Nest is the third and final book of Larsson's Millennium Trilogy. (Yes, I read the first two before writing this review.)  If you want to read the trilogy, and haven't read the first two books, stop reading now to avoid spoilers.

Mikael Blomkvist is an investigative reporter for Millennium, a small monthly magazine specializing in investigative reporting of the financial world.  He's tricked into publishing a story he can't prove about the corrupt financier Wennerstrom and is convicted of libel, destroying his credibility.  He's then hired by Henrik Vanger to investigate the disappearance of his favorite granddaughter decades earlier in a classic locked-room (or, rather, island) mystery.  Blomkvist eventually makes contact with Lisbeth Salander, who had been tasked with investigating his background by Vanger.  Salander is an incredibly intelligent but introverted hacker who, despite being in her 20s, is a ward of the state for mental deficiency.  Her guardian and surrogate father has a stroke, and her new guardian, Bjurman, sexually abuses her.  Salander gathers proof of this abuse, and tortures/tattoos Bjurman in revenge, blackmailing him with the evidence.  Anyway, Salander and Blomkvist solve the mystery, Salander falls for Blomkvist but realizes she can't have him.  They find evidence to prove Wennerstrom's guilt, and Salander steals millions of dollars of Wennerstrom's dirty money before running off.  End book one.

In The Girl Who Played with Fire, we start to get some back story on Salander.  After the Millennium launches an investigation into sex trafficking, the reporter and his fiance are murdered and Lisbeth is the prime suspect.  The gun used in the murder has Salander's fingerprints on it and was used to kill Bjurman.  Bjurman had previously reached out to an unknown entity to destroy Salander.  This unknown entity is a man named Zalachenko, Lisbeth's father.  Zalachenko was a prominent Soviet spy who defected to Sweden in the 80s.  To keep his identity secret, a small special unit was formed within the Swedish security police (SAPO) known only as "The Section".  There duties involved covering up any crimes Zalachenko committed, including his consistently beating Lisbeth's mother.  Unable to find help from the police, a twelve year old Lisbeth attacked Zalachenko by throwing a molotov cocktail in his car.  To keep her quiet, she was locked up in a psychiatric ward and declared incompetent.  This novel focuses on the investigation of the murders and the sex trafficking trade.  Salander becomes public enemy number one, and has only limited contact with Blomkvist.  The murders, we discover, were committed by Salander's half-brother, Niedermann.  Zalachenko shoots Salander in the head with a .22, but she survives and nearly kills Zalachenko.  The novel ends with Niedermann subdued and Blomkvist finding Salander, who's in bad shape but conscious.

The Girl Who Kicked the Hornet's Nest deals with the fallout from the previous novel.  Salander and Zalachenko are both recuperating in the same hospital, and plotting to kill each other.  "The Section" is desperate to cover up evidence of it's existence and wrongdoings.  Blomkvist begins investigations into the Section.

Honestly, this was a well-plotted mystery/thriller.  Except for the slowness at the beginning of the first novel, the whole series was solid.  The characters manage to play to a type without being caricatures.  It can be a bit preachy every now and then, but it's infrequent.

There hasn't been much Swedish lit on the US bestseller lists, and the Millennium trilogy is an interesting specimen, if only because so much of the series is not super Swedish.  Much of the first novel could just as easily have taken place off the coast of New England and the latter two could replace SAPO with MI5/6.  There are definitely aspects of Swedish culture and history that are addressed, but since the novel fits into the mystery/thriller genre so well, those aspects just form part of the background.

Like I said, we don't see much Swedish pop fic in the US,  but that's changed a bit, in no small part due to Larsson himself.  The genre known as Scandinavian Noir or Nordic Crime has been growing in popularity over the past several years, with Jo Nesbø being one of the best known.  It's an interesting case of a genre crossing national borders and language barriers.

Of course, a series this popular has made its appearance on the big screen.

All three novels of the Millenium trilogy were adapted to film in Sweden in 2009. 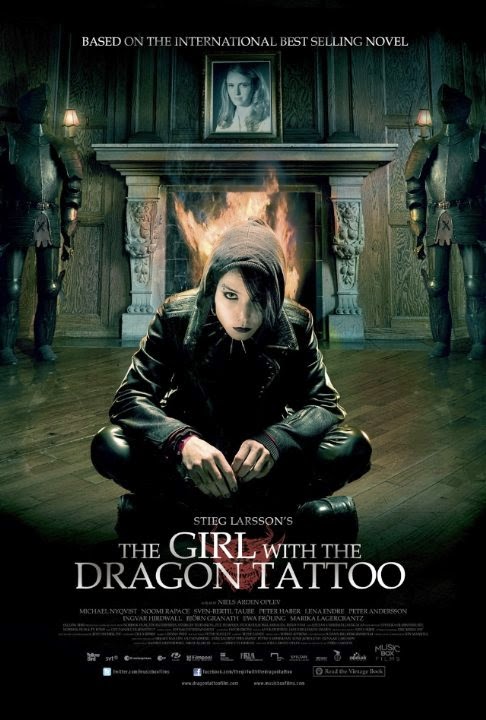 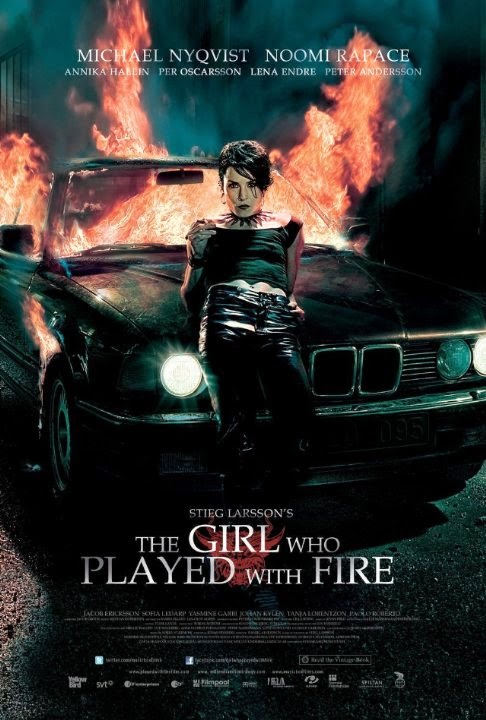 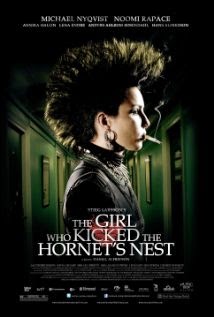 The Girl with the Dragon Tattoo was adapted to film again in 2011, starring Daniel Craig (Casino Royale, Skyfall) as Mikael Blomkvist and Rooney Mara (The Social Network, Her) as Lisbeth Salander, and directed by David Fincher (Fight Club, The Social Network). 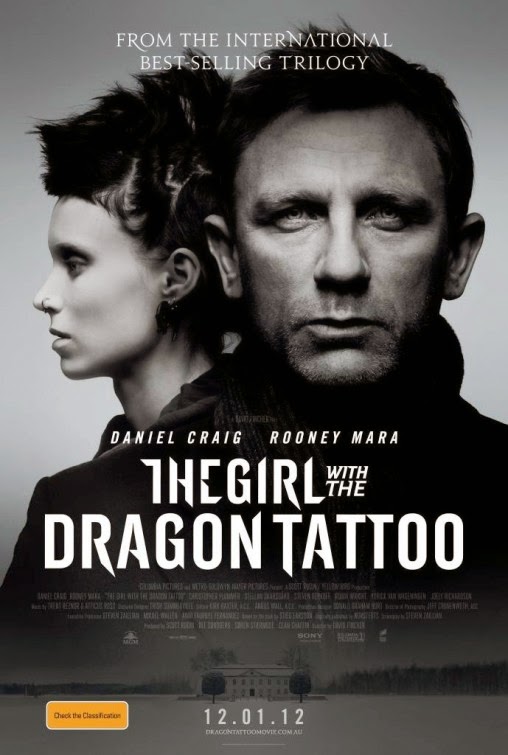 As a whole the Millenium trilogy is an above-average crime thriller, definitely worth a read unless you can't stand crime thrillers.